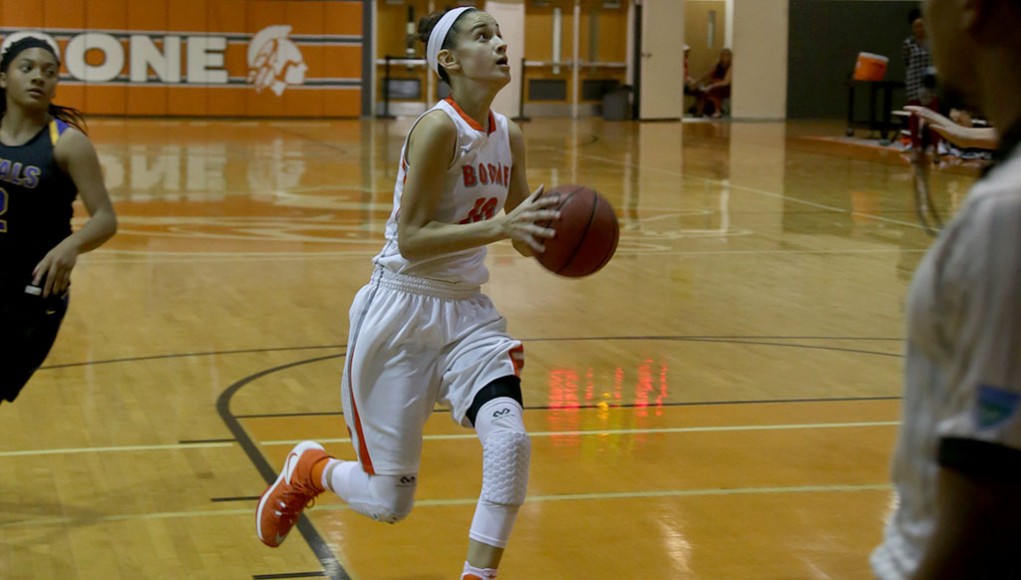 The Lady Braves basketball team (19-8) defeated the TFA Royals (7-8) in a game that began slowly, then took off with Boone nearly doubling the Royal’s score.

The game began with junior Cassidy Quintana scoring a 3-pointer and then Alexandria Lemmon scoring a basket, bringing the game to 5-0.

Junior Brittney Smith made a free throw shot to end the first quarter, 11-9.

Worley kept the lead with another basket, 21-16.

The second quarter ended with the team continuing to hold their lead, 24-19.

At the start of the third quarter, Quintana and Smith scored, 29-19.

Smith scored again along with a basket from freshman Madeline Morales, 37-21.

Quintana scored a basket in the fourth quarter, 50-27.

Quintana and Worley both scored to finish out the game, 56-31.

Come out and support the Lady Braves basketball team as they take on the Edgewater Eagles on Saturday, Jan. 21 at 11 a.m.