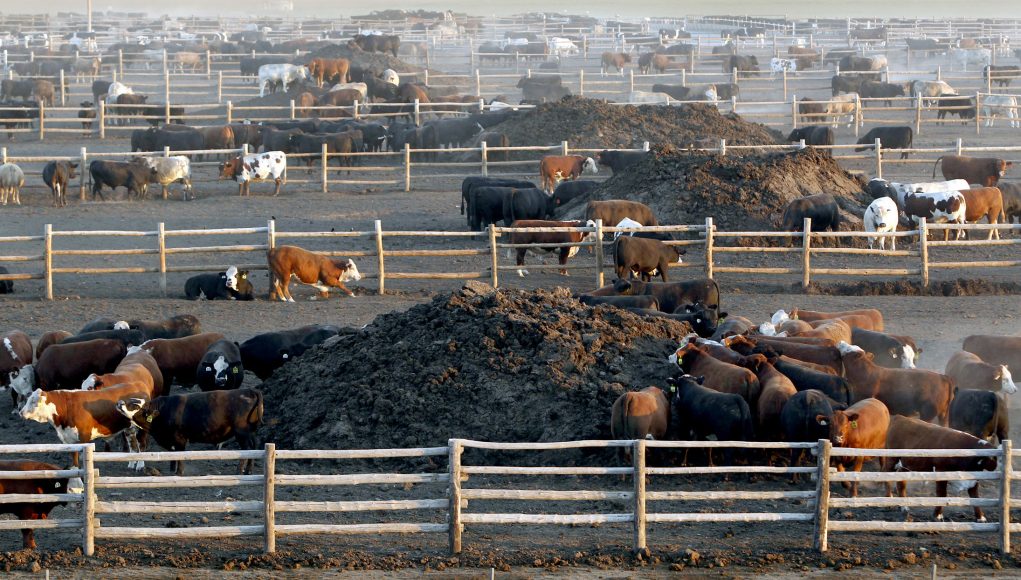 This blog comes after a week long experiment in AP Environmental Science to ask if Americans cut meat out of their diet once learning about the detriments of animal agriculture.

Usually whenever I heard “vegetarian,” it sounded like a beneficial lifestyle, but when I weigh the consequences and temptations, it seemed too difficult. I am practically raised on chicken, fish and bacon. So while the thought of going vegetarian crossed my mind on multiple occasions, it never seemed realistic.

After the week-long challenge, I saw vegetarianism definitely provided benefits to me. If I chose the right meals, balanced my calories correctly and didn’t just put cheese on everything, I could actually pull it off and live an even healthier lifestyle. However, it wasn’t that easy. While the health benefits definitely sparked my interest, I considered vegetarianism in the past for ethical treatment of animals and animal agriculture’s contribution to environmental harm outweighed the pros of eating meat for me.

When we began the agriculture unit in AP Environmental Science, I did not know what to expect. When my teacher, Allyssa Taylor, told the class we were going to watch the documentary, Cowspiracy, the impact of animal agriculture interested me.

Watching a documentary may not always captivate high school students, but I enjoyed watching it and learning how my omnivorous lifestyle contributed to environmental harm. I learned animal agriculture is responsible for 18 percent of greenhouse gas emissions, more than all vehicular transportation worldwide combined, and we will surpass our limit of 565 gigatonnes of CO2E just from animal agriculture alone.

A food journal project after we finished the documentary allowed students to keep track of what we ate, in an effort to answer the question: was it possible for Americans to go vegetarian? The test was to keep a food log and journal for a week and document what you eat. While it was not mandatory to go vegetarian, the purpose of the journal was to see if it was possible.

After watching the documentary, I could tell some of my classmates were wanting to try out this experiment. Others had zero interest giving up meat, even for a week. Others were just going to go with the flow. I saw this as an opportunity to prove to myself it was possible to go vegetarian. Before this experiment officially began, we learned about alternatives to meat, like tofu, lentils and beans, and where to find quick pre-made vegetarian meals.

Talking to some other APES students, I found that while some of my fellow students showed full dedication to vegetarianism, others cheated almost instantly. Within the first few days, vegetarianism was an easy task. Then the cravings for Taco Bell came and it started to become more difficult. Taylor, a vegetarian herself, shared how she replaces the chicken or beef at Taco Bell with beans, which gave me a glimmer of hope.

Despite the cravings, it generally was pretty easy for me. I found it more challenging to find foods that seemed actually healthy. Throughout the week, I ate pasta with basil and peas on Monday, I had a personal pan pizza on Tuesday and returned to pasta on Wednesday. When I started craving chicken nuggets, I ate tater tots as a snack to feed the hunger of a fried texture. While these weren’t the healthiest options, I resorted to foods I knew.

From time to time, I tried to find a more balanced nutritional options. I love avocado toast and bagels, so those became quick breakfast options. One night, I went to the vegan cafe, The Sanctum, and ordered a brown rice bowl. The bowl consisted of brown rice, daily beans, roasted root vegetables, daily greens, slivered onions, shredded purple and green cabbages, celery and carrot ribbons, with an avocado ranch dressing. The food, surprisingly, tasted really well with a nice blend of flavors and was very filling.

At the end of this experiment, I found temptations, but I enjoyed cutting meat out of my diet and how it made me feel overall.

Prior to this week long challenge, I went vegetarian for a month just to see what it was like. For all of June 2016, I lived a meatless life. On July 1, unfortunately, I went to Buffalo Wild Wings, so the journey ended on a low note. This partially contributed to why I found a week-long challenge to be easier than some of my peers. However, I’m not stopping at a week.

After learning about the negative atrocities animal agriculture has on our environment, I realized that it felt selfish to eat meat for my own pleasure. While everyone has the decision to consume whatever they want, I personally do not want to continue eating meat knowing the ethical and environmental problems. While I may experience obstacles, temptations and cheats along the way, I plan on slowly easing myself into a vegetarian lifestyle. This experiment provided an opportunity for me to see what it is like to live this somewhat foreign lifestyle, and the moral importance of cutting meat out of our diets.