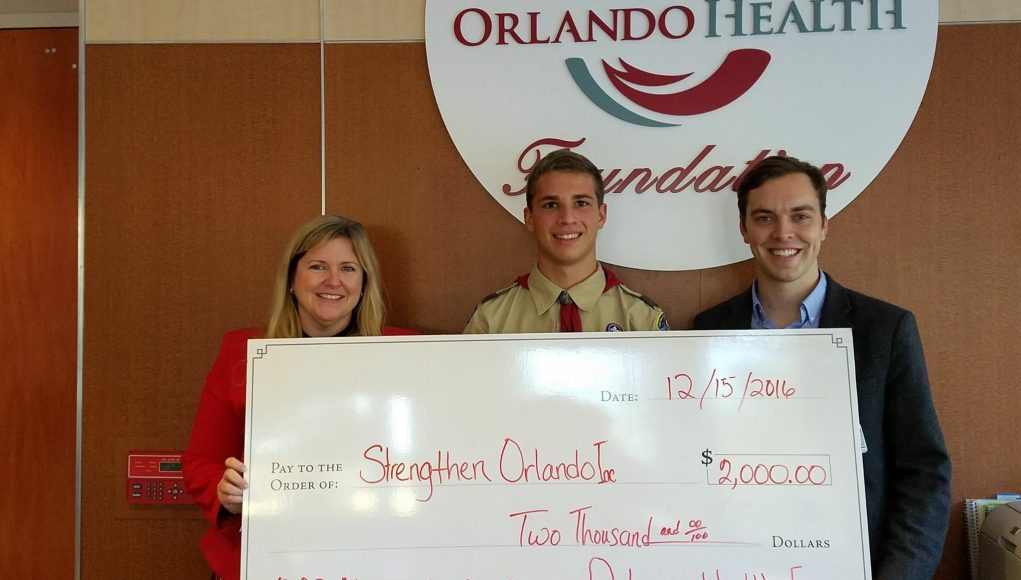 “The death of Lt. Debra Clayton brought a whole new light to the idea of a memorial statue for the Orlando Police Department,” Janet Collins, Michael’s mother, said. “The statue is of a kneeling, grieving officer.  As citizens of Orlando, we grieved the loss of Lt. Clayton and it is my hope that this statue will serve as a permanent tribute to our police officers from a grateful community.”

M. Collins plans to commission a life size bronze statue of a kneeling police officer outside of the new police station at the corner of Orange Blossom Trail and South Street, to honor Orlando’s fallen police officers.

“I feel like police officers are facing an increasingly hostile political environment that detracts from the gratitude they deserve,” M. Collins said. “They sacrifice so much for us and are constantly putting their lives on the line to keep us safe. I just wanted to do a small thing to show them that the citizens of Orlando appreciate what they do.”

In the beginning stage of his project, M. Collins created a video to begin spreading the word about his fundraising goals. To raise funds, M. Collins sold snow cones at Lake Eola, went to community events in the SODO shopping center, collected donations at church services and football games and also set up a GoFundMe page.

Additionally, local news sources ran stories about this project which helped spur attention around his project to assist the fundraising process.

“[The hardest part of fundraising was] definitely just getting the word out. I found that once people heard about what I was doing, they were more than willing to support it. The challenge was just making them aware of what was happening,” M. Collins said.

Brodin Studios, an organization based in Minnesota that creates monuments for law enforcement, firefighters and soldiers, will cast the statue. Casting the statue includes pouring liquid material into a mold and then letting it solidify. The statue will stand about six feet high with customized Orlando Police Department insignia.

M. Collins is currently working with the OPD to create a plan to transport the statue from Minnesota. Casting the statue will take three to six months. His Eagle Scout pin date is to be announced.