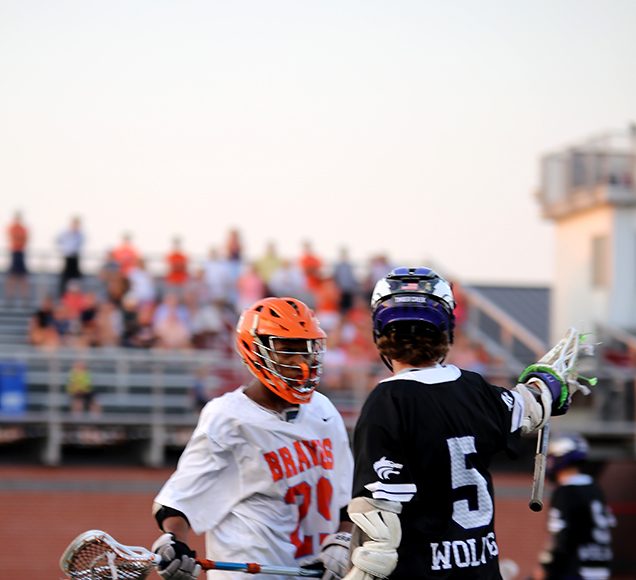 Timber Creek scored the first goal of the second half, but the Braves caught-up when junior Colin Kelly and senior Davis Pittenger both scored a goal. Then Timber Creek scored, but junior Jack Reddeck quickly followed with a goal for the Braves. At the end of the third quarter, the score sat in the Wolves favor, 9-11.

Woods scored a goal with an assist from Pittenger. Shortly after, Reddeck, Pittenger and Marckese add three more points to the scoreboard, while Timber Creek scored three goals. Kelly scored two goals in a row and Timber Creek scored another goal, making the game tied, 15-15.

The ball went back and fourth as Corrente scored a goal, with Timber Creek making their own. With nine seconds left on the clock, Woods ended the game by scoring the last goal of the night.

The Braves took home a 17-16 victory at the district semi-finals at Lake Highland Preparatory School.

Come out and support the boys lacrosse team at 7 p.m. at the district championship game this Friday at Lake Highland. Tickets are $6.