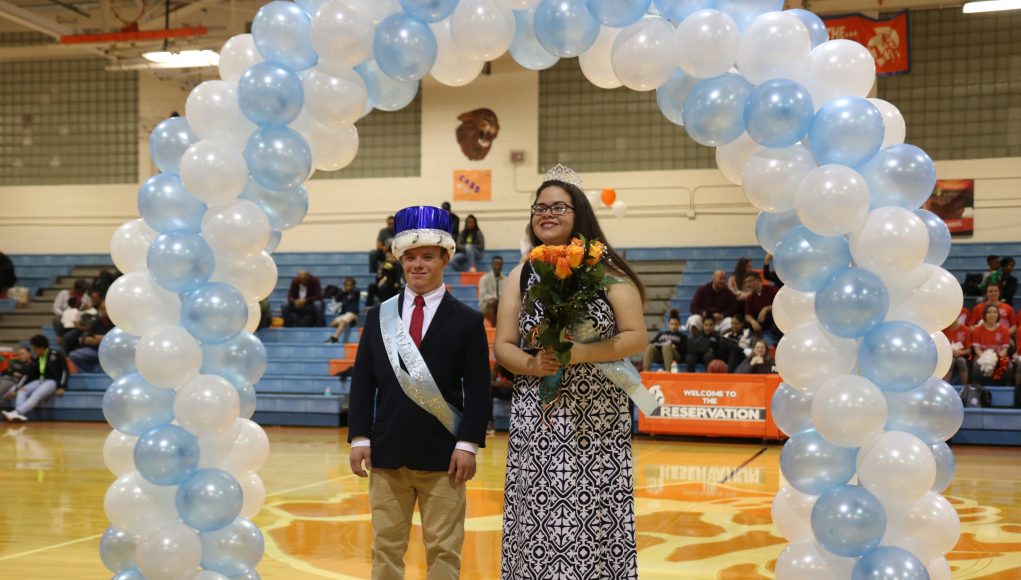 “I was happy to win. I was very excited,” Vanscoter said. “[My favorite part of being on Snowflake Court was] getting ready. I liked dressing up for court.”

Snowflake Court recognizes leaders in various clubs and organizations throughout campus. Each club nominates two members to appear on court.

“Each club or group involved nominates their representative. I leave it up to the group to decide how to choose. I ask that it be a senior, not on Homecoming Court, that represented the group well,” SGA sponsor Annette Montgomery said.

Once the court members are chosen, senior class students vote for king and queen based on the nominations.