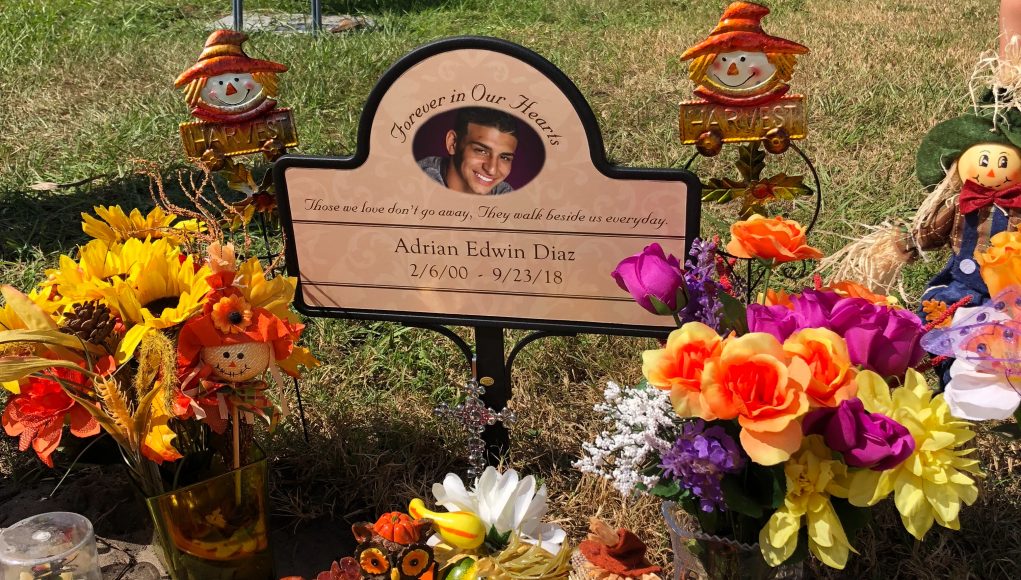 Adrian Edwin Diaz, 18, and a 2018 graduate from Winter Springs High died on Sept. 23 after his body was found in a lake near UCF. His tragic and accidental death marks another case in which witnesses refused to call for help.

Allegedly, witnesses claimed to spot Diaz in a retention pond near Knight Library, a local bar in Central Florida, on Sept. 23 but did not help or call for help. The case started to unravel when two witness came forward and stated they saw Diaz laying in the nearby grass behind Intown Suites at 11424 University Blvd. located 325 feet away from the bar, but did not provide or call for help according to Diane Hernandez, Diaz’s grandmother. At 8 a.m. the following morning, a guest at the Intown Suites called 911 to report a body in the pond, according to Click Orlando.

The witnesses, who remain unnamed, did not attend to Diaz’s care. However, they are not faced with criminal charges for neglecting to potentially save a life, Diaz’s life. These witnesses hold no legal obligation to provide or seek help, as Florida citizens do not have a legal duty to rescue.

“Florida isn’t alone in lacking a law imposing a legal duty to rescue. In fact, across the U.S., there’s no general duty to render aid to someone in distress,” according to The Crime Report.

Furthermore, in Florida, citizens only face an obligation to call for help in specific circumstances which are: if they begin to treat or aid the victim, are responsible for the events leading up to the injury, or have a significant relationship with the victim such as being family, close friend, employee or boss, according to thelaw.com. If these requirements are not met, the witness holds no legal responsibility to seek emergency or medical help, according to the website of Leifer Law Firm.

Witnesses not seeking help when someone is in distress resulted in multiple cases like Diaz’s. Despite the idea that people should not be held responsible for someone else’s actions, it is basic humanity to help one in need. Unfortunately, not all people prove human decency.

In July 2017, 32-year-old Jamel Dunn was found dead in a pond in Cocoa Beach, Florida. Dunn was said to have died at least two days prior to the date his body was found, but no 911 phone call was made. Five teenage boys recorded Dunn who was drowning and in desperate need of help. Instead of helping him, the boys recorded on their phones and witnessed his last breaths, Florida Today reported.

Although this video was posted on social media platforms where the boys are heard mocking Dunn while drowning, the teens faced no charges.

“Unfortunately, Florida law does not address this behavior and we are ethically restrained from pursuing criminal charges without a reasonable belief of proving a crime beyond and to the exclusion of every reasonable doubt,” State Attorney Phil Archer said in a prepared statement.

In 2010, a homeless man was stabbed and killed on the streets of New York. Bystanders walked by the victim Hugo Alfredo Tale-Yax, and did not seek help. Rather, “two men appeared to be have a conversation about the situation, one pausing to take a photo of the body before departing,” according to news article “New York women killed while witnesses do nothing” published by New York Times.

While these cases received national news and people like to think these are just unfortunate and rare situations, these are not nearly rare enough. These victims may still be here today if citizens had both a legal responsibility to seek help. Clearly, some citizens don’t have enough of a moral compass.

But for now, Hernandez will start a petition “Adrian’s Caring Law” on Sunday to strive to prevent this for others. The law will not enforce people to medically assist but enforce witnesses to call for help and stay with the person or people in need.

“This is not going to be forgotten, we have to protect our people,” Hernandez said.