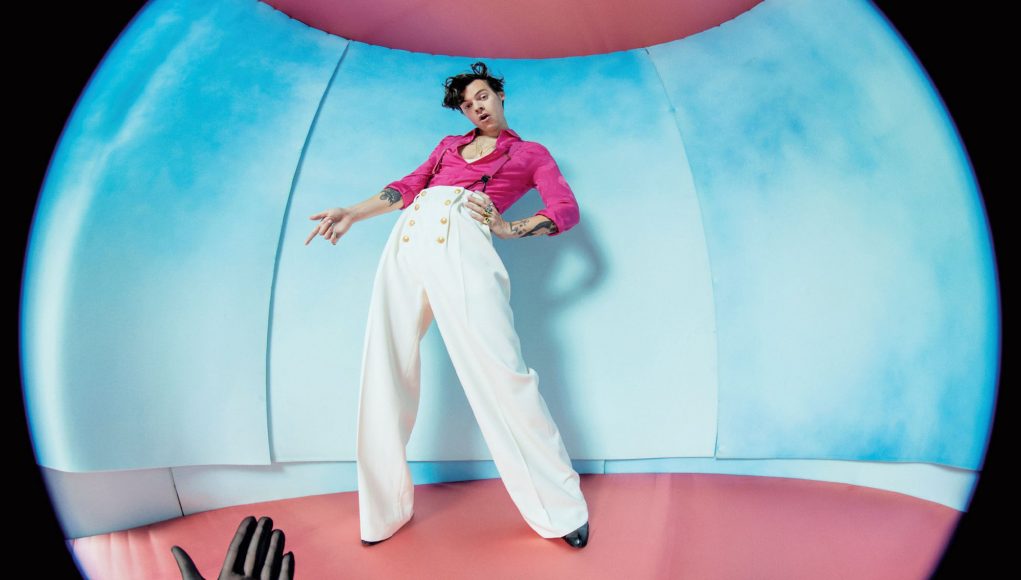 Harry Styles released his sophomore album, Fine Line, on Dec. 13, 2019 and it fills listeners with a variety of positive and negative emotions, ranging from heartbreak to freedom.

The album starts with the upbeat song “Golden,” which describes his fear of falling in love but not wanting to be alone. Styles grabs his audience’s attention to the album by starting with a song where he begins to open up about his love life and loneliness.

Originally released as singles, the next three songs of Fine Line start a joyful tone in the album. “Watermelon Sugar” is a song simply about feeling happy and the refreshing moment of being selfless. The upbeat song “Adore You” follows “Watermelon Sugar”, detailing how he would do anything for the woman he loves, even if she doesn’t love him back.

In “Lights Up,” Styles expresses excitement over freedom. He asks in the song “Do you know who you are,” as he goes on his journey of self discovery since his former band, One Direction, who broke up in 2015.

The sad parts of the album follow his breakup with Camille Rowe. His audience feels his heartbreak and vivid memories in songs such as “Falling” and “Cherry”. Specifically in “Cherry”, Styles begs his former girlfriend to not call her new boyfriend “baby” as she used to call Styles the same name. Throughout the song it is evident that Styles couldn’t bear to see his ex-girlfriend with another man, and the emotional lyrics prove that. The song ends beautifully with a French voicemail left to Styles.

“To Be So Lonely” follows Styles’ loneliness and his need for his former girlfriend to know that he didn’t cause their breakup. The song is a continuation of the story and emotions expressed in “Cherry” and “Falling.”

Next, “She” starts with a beat similar to “Two Ghosts” from Styles’ first album. Despite the song going at a slow pace, the audience can still have fun with it and enjoy the guitar solo. Moving on to “Sunflower, Vol. 6,” one of the most upbeat songs of Fine Line, Styles expresses how he wants to get to know and fall in love with a woman.

“Canyon Moon” has a quirky beat different than the other songs and tells how Styles wants to go back to a time of happiness.

In the second to last song, “Treat People With Kindness,” Styles reminds his listeners to spread love in order to find joy for themselves. Styles uses the expression (sometimes abbreviated as TPWK) as part of his brand and sells merchandise with the phrase.

Styles concludes the album with “Fine Line.” He brings all the themes he brought up throughout the album into one. He sings about the fine line between happiness and sadness and how they can be similar.

Fine Line successfully follows up his first album, self-titled as Harry Styles. Styles presents a strong variety of themes and tones in order to express himself in his second album. The album resulted in an incredible listening experience.