Congratulations to all of our Sound of the Braves who participated in State Solo and Ensemble this past week at West Port HS in Ocala. All of our members worked very hard and performed phenomenally .

Solos which earned an “EXCELLENT” rating:

Solos which earned a “SUPERIOR” rating:

Ensemble which earned a “SUPERIOR” rating:

Ensembles which earned a “SUPERIOR WITH DISTINCTION” rating:

Story of the show:  Legally Blonde: The Musical tells the story of a pink-loving Malibu girl, Elle Woods, and her amazing trip across the country in hopes to win back hunky man Warner Huntington III, who dumped her in pursuit of someone more “serious”.  When she’s accepted to Harvard, she is forced to cancel her spa appointments and shopping trips in order to reach her full potential as a lawyer, and as a person. With new friends Emmett and Paulette by her side, as well as her Delta Nu sisters, she will realize that being true to yourself will never go out of style. 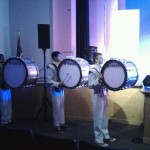 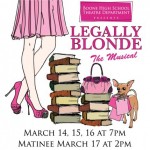 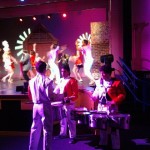 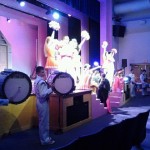 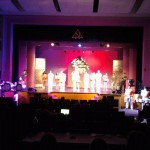 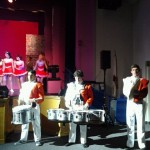 Come out this Saturday to watch the JV and Varsity Guards compete at Freedom High School. Both Groups have worked really hard this season and it would be great to see as much Boone support as we can!

Bring on the orange and white!!!!

Our Bands will be participating in the annual Florida Bandmasters Association: Music Performance Assessment (FBA MPA). The performance will take place at Edgewater High School in their Performing Arts Center. Please feel free to come and support the Boone Bands in their performances this week.

Both performances are open and free to the public!!!

Congrats to the JV Winter Guard in placing 1st in their class “AAA” at the Cypress Creek Competition this past weekend!! Also Congrats to the Varsity Guard in increasing their score up 5 points from the Regional the week before. Making those kinds of strides is very positive for both programs!!!