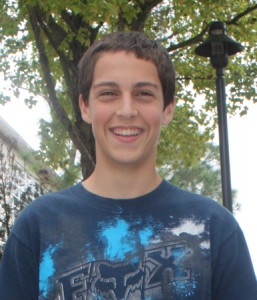 When thinking of Latin America, a Spanish-speaking country my come to mind. However, there is a nation in South America that contains Portuguese origins, a nation with an abundance of beaches, passionate sport’s fans, and regional celebrations; that country is Brazil.

Famous for its variety of beaches, Brazil is a prime location not only for relaxing under the sun, but also for immersing oneself within a busy city. This rings true for Brazilian brothers Brian and Bruno Ferrari who lived in Sao Paulo, the world’s third largest city for two years, 2004-2006.

“Sao Paulo is a crowded city. Nothing is horizontal; when you look outside your window, all you see are buildings. Traffic is everywhere, and Sao Paulo is one of the most expensive places to live,” junior Bruno Ferrari said.

With over 10 million dwellers, Sao Paulo is the most populous urban area in South America. The city’s attraction lies in its array of nationalities ranging from Italian to Japanese inhabitants who make Sao Paulo’s Jardins District a diverse dining experience.

Though Sao Paulo is a rushed environment, Bruno describes the people to be largely unaffected by the hectic atmosphere. While the social life gives Sao Paulo its reputation, family life remains a vital component of a traditional Brazilian household.

“In Brazil, family and friends are very important. Families are very close knit, and friends you grow up with as kids become extensions of your family,” sophomore Brian Ferrari said.

The Ferrari brothers both see a higher emphasis on family importance in Brazil than in the states; examples can be eating together for daily meals and speaking only Portuguese at home. Since their mother was born in Brazil, Bruno and Brian see clear differences in parenting standards and family expectations.

“You’re hardly ever away from your family. There’s no such thing as going away to college. Usually in Brazil, you live with your family and they support you until marriage,” Bruno said.

The emphasis on family ties is a shared value that connects Brazil with the rest of Latin America. When discussing family in a Brazilian context, the phrase refers not only to the nuclear family but also to an extended kin group of distant relatives and friends known as the parentela. The parentela can consist of childhood friends and in-laws; this vital component of social life unifies un-related and related individuals into one interconnected family unit.

In reference to national traditions, Festa de Debutantes and Carnival are among the list of defining cultural identity. Festa de Debutantes, sometimes compared to a Spanish Quinceanera, celebrates a young woman’s 15th birthday; the event is a less individualized affair similar to a debutant ball. Carnival, an annual Roman Catholic festival held during Lent, showcases parades honoring religious discipline and local folklore. While the major festivities take place in Rio de Janiero, regional variations of Carnival are celebrated throughout Brazil.

Known for its passionate soccer fanatics and festive celebrations, Brazil is a playful oasis with a serene ambiance. At the heart of the matter, Brian appreciates his native country for its people and tranquil quality.

“Brazil is a beautiful country with a fun atmosphere. It’s a great place to just relax. It’s extremely laid back, and the people are always playful,” Ferrari said.  “The people are always friendly and everyone greets you like they are your best friend.