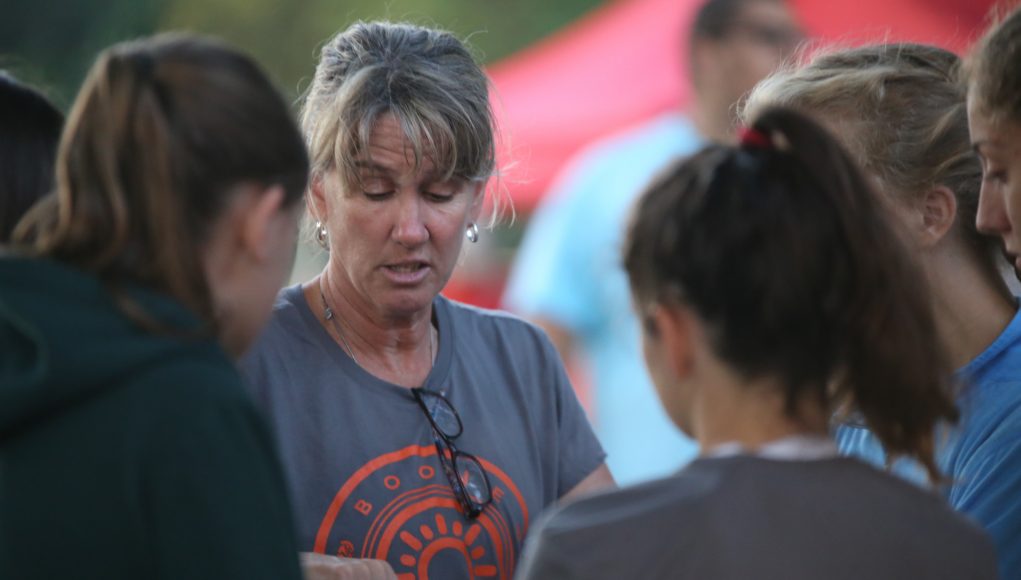 Before the sun began to rise on Sept. 15, the JV girls cross country team piled onto the bus. As usual, each member of the team arrived to the athletic fields of Embry-Riddle University in Daytona Beach at 7:08 a.m, an hour before the first high school race started.

With nearly two hours to prepare for their race, the girls placed third out of the 11 schools competing.

Though this is the first trophy-win for the girls this season, the annual Embry-Riddle Asics Classic is considered one of the most challenging courses in the state of Florida. Runners face a 5k in two full loops of various terrain before meeting the finishing 500 meter loop.

Per Coach Darcy Jeffers instruction, the team watched closely to the twists and turns the varsity athletes took before them. For each mile, the girls cheered and followed along, banging their drum and cheering their teammates on. When it came time for their race, the girls knew exactly where to go.

Junior Lily Renda led the team, placing seventh out of 78 runners (27:52.39). Junior Sarah Lehman followed closely behind, in 11th place (28:36.23.) The two received cross country championship shirts for their top 15 placing. However, all teammates finished with a stride.

The girls, alongside the rest of the team, will compete in the Hagerty Invitational on September 29 at Seminole State College.