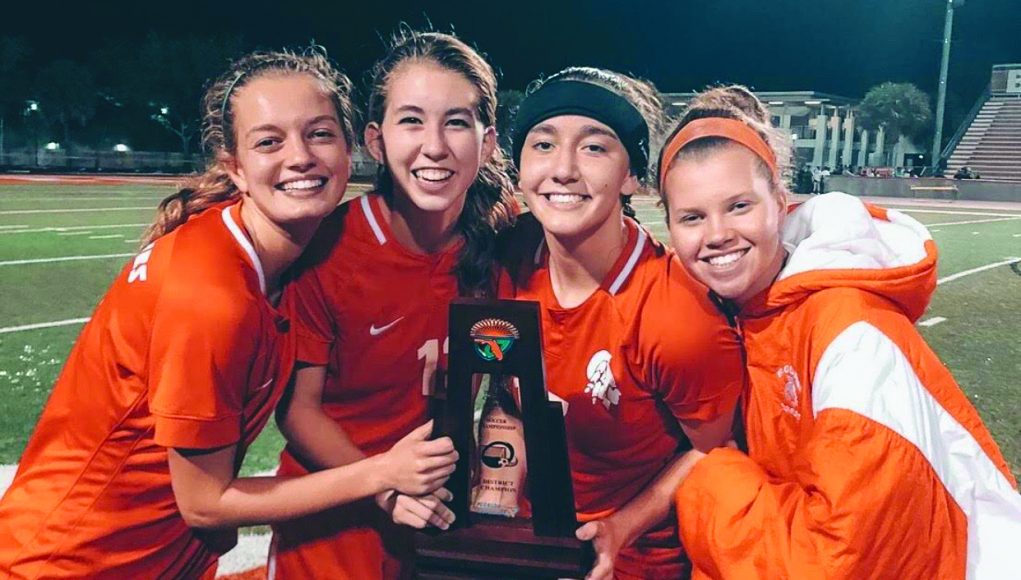 Emma Leathers is one of 27 valedictorians.

How did you manage to keep your grades up while also being a part of many extracurricular activities? “Making sure to write everything down. If I didn’t write it, I would forget it. Also, I tried to prioritize what was most important to me, though I didn’t get that perfect all the time either. Ultimately, just working hard, giving myself lots of grace, and coffee also doesn’t hurt.”

What motivates you to do well in school? “I’ve always been interested in learning and growing in what I don’t know, and great teachers throughout the years have played a huge role in that. I also find such satisfaction when something finally clicks, and I think challenges were something that motivated me as well.”

What class that you’ve taken in high school has had the most impact on you? “I would say Ms. Hutsell’s AP Lit class that I took this year had the most impact on me. We were able to have some incredible thought-provoking discussions that made me shift my perspective and think about things in a new light. Also, the way Ms. Hutsell treats all her students and makes our thoughts and opinions feel valued had a profound impact.”

What would you say was the highlight of your senior year? “Definitely winning the soccer district championship with the team. We had fought so hard for each other and earning that trophy with some of my closest friends is something I’ll never forget.”

How did it feel when you found out that you were a valedictorian? “It was exciting. I honestly wasn’t expecting it because I knew I was close in a few classes, but it felt awesome to have earned that accomplishment and be recognized for that.”

How did the process of applying to colleges go for you? “It went smoothly once I figured out what I needed to do. The hardest part was probably crafting my essay and figuring out how to write out what makes up my own personality and character. I was so relieved and proud once everything was submitted. It’s a different process than anything else, but I’m super thankful for all the support I had from my parents, teachers and of course Ms. Cullen.”

How did it feel when you got your first college acceptance letter? “It was relieving. My first acceptance was to UCF and knowing that my work had paid off and that I had options was super reassuring.”

How did you choose between UCF and FSU? “I was pretty split on this decision for a while because even though I had narrowed it down to those two, I loved different things about both of them. There were different doors opened though that I felt like were good signs pointing to UCF. I had a great scholarship offer, there was a direct track toward the major I was interested in pursuing, and I had secured a place to live on campus that I was really excited about.”

Describe your intended major and why you’re interested in that field. “I’ll be majoring in Kinesiology, which is basically the study of how our bodies move. I would love to eventually have a career in physical therapy, and I’m super intrigued by the idea of being able to help people increase their ability to move. I felt like this major was a good place to start.”

Are there any sports or activities that you plan to be a part of in college? If so, what are they? “I’d love to do intramurals in college and maybe try out some sports I didn’t have the chance to do in high school. Soccer is something that I think will continue to be part of my life, but I’m interested in anything that fosters a sense of relationship and competition.”

What is something that your senior year has taught you? “To not take anything for granted. Especially with everything that’s happened at the end of this year, I think it emphasizes even more to take every opportunity that’s in front of us. There’s so much we can’t control, but we do get to choose our perspective.”