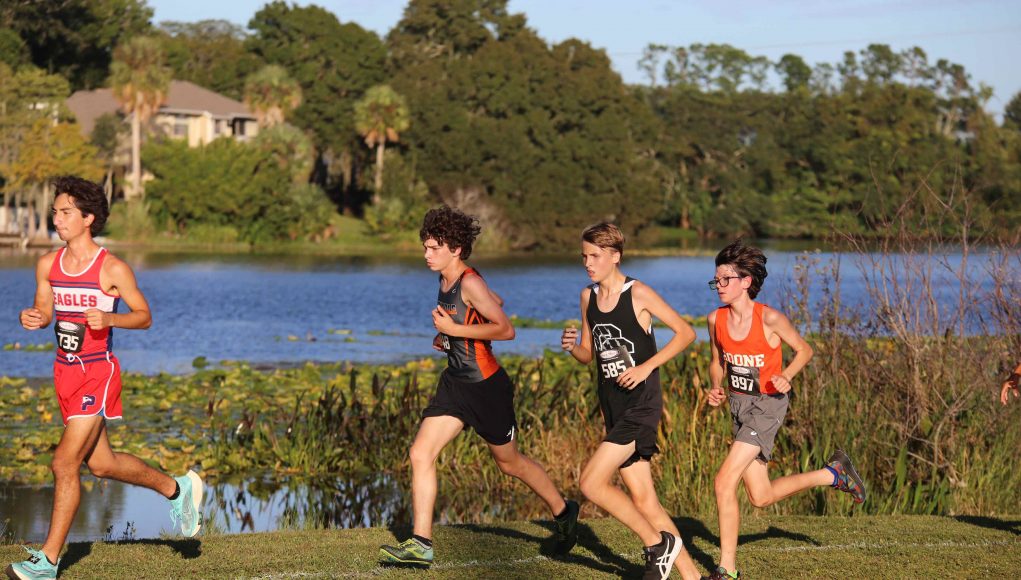 The cross country team broke their record and headed to the state competition this month.

This marks the first time in nine years since the boys have qualified for the state competition and 15 years since both teams have made it.

“I feel that we have accomplished a groundbreaking school record and that reflects the hard work we have been putting in over the summer,” sophomore Tyler Giuliani said.

At the regional competition, the girls team placed 6th overall, with their top two runners, junior Megan Dolan placing 2nd and junior Hannah Foley placing 5th. This secured their spot at the state meet which Foley placed 16th and won an award for having an elite performance.

“It felt amazing to go to the state meet. It was a great accomplishment for our team. We worked so hard. It was important to me because it was our end goal for the whole season and the fact that we actually made it to states as a whole team was the best feeling ever,” Dolan said.

For the boys, the team placed 7th overall at the regional meet. Aaron Mercado was the fastest out of the boys team placing 22nd. Keeping his streak, Mercado placed 94th at the state meet while Karl Van Gelder placed 93rd.

“It’s a very satisfying feeling that we were able to accomplish our goal to go to the state meet. It is important that we have made it to states because it has been 15 years in the making since both boys and girls have made it,” Giuliani said.

All runners on the team felt making it to the state meet was an accomplishment and supported the runners participating. They also felt proud to end their season with the performance.