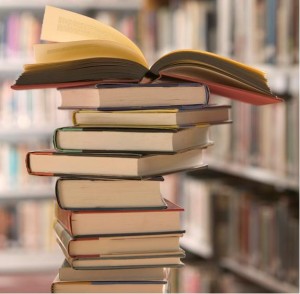 After much debate, Amazon book editors released a list of their 100 Books to Read in a Lifetime in the fall of 2014. The list skews contemporary, with Jane Austen’s Pride and Prejudice the oldest work on the list. It also includes multiple genres spanning both adult and children’s literature. 100 Books To Read In A Lifetime.

Many of the books are 20th century classics or recent bestsellers — the oldest book on the list is Jane Austen’s 1813 masterpiece Pride and Prejudice. It also spans multiple genres, with adult fiction, nonfiction, children’s, and young adult novels such as The Hunger Games and Harry Potter making the list.

Sara Nelson, Editorial Director of Print and Kindle Books at Amazon, said in a press release, “With 100 Books to Read in a Lifetime, we set out to build a roadmap of a literary life without making it feel like a homework assignment…Over many months, the team passionately debated and defended the books we wanted on this list. In other words, we applied plenty of the bookish equivalent of elbow-grease, and we can’t wait to hear what customers have to say about our final picks.”

The titles I’ve read are boldfaced. How many have you read? Any that you’ve read that I haven’t that you’d especially recommend?

A Brief History of Time by Stephen Hawking

A Heartbreaking Work of Staggering Genius by Dave Eggers

A Series of Unfortunate Events #1: The Bad Beginning by Lemony Snicket

A Wrinkle in Time by Madeleine L’Engle

Alice in Wonderland by Lewis Carroll

All the President’s Men by Bob Woodward and Carl Bernstein

Are You There, God? It’s Me, Margaret by Judy Blume

Born To Run: A Hidden Tribe, Superathletes, and the Greatest Race the World Has Never Seen by Christopher McDougall

Charlie and the Chocolate Factory by Roald Dahl

Cutting For Stone by Abraham Verghese

Daring Greatly: How the Courage to Be Vulnerable Transforms the Way We Live, Love, Parent, and Lead by Brene Brown

Diary of a Wimpy Kid, Book 1 by Jeff Kinney

Fear and Loathing in Las Vegas: A Savage Journey to the Heart of the American Dream by Hunter S. Thompson

Guns, Germs, and Steel: The Fates of Human Societies by Jared M. Diamond

Harry Potter and the Sorcerer’s Stone by J.K. Rowling

In Cold Blood by Truman Capote

Interpreter of Maladies by Jhumpa Lahiri

Life After Life by Kate Atkinson

Little House on the Prairie by Laura Ingalls Wilder

Love in the Time of Cholera by Gabriel Garcia Marquez

Me Talk Pretty One Day by David Sedaris

On the Road by Jack Kerouac

Out of Africa by Isak Dinesen

Pride and Prejudice by Jane Austen

The Age of Innocence by Edith Wharton

The Amazing Adventures of Kavalier and Clay by Michael Chabon

The Autobiography of Malcolm X by Malcolm X and Alex Haley

The Book Thief by Markus Zusak

The Brief Wondrous Life of Oscar Wao by Junot Diaz

The Catcher in the Rye by J.D. Salinger

The Color of Water by James McBride

The Corrections by Jonathan Franzen

The Devil in the White City: Murder, Magic, and Madness at the Fair that Changed America by Erik Larson

The Fault in Our Stars by John Green

The Giver by Lois Lowry

The Golden Compass: His Dark Materials by Philip Pullman

The Handmaid’s Tale by Margaret Atwood

The House At Pooh Corner by A. A. Milne

The Hunger Games by Suzanne Collins

The Immortal Life of Henrietta Lacks by Rebecca Skloot

The Liars’ Club: A Memoir by Mary Karr

The Lightning Thief (Percy Jackson and the Olympians, Book 1) by Rick Riordan

The Long Goodbye by Raymond Chandler

The Looming Tower: Al-Qaeda and the Road to 9/11 by Lawrence Wright

The Lord of the Rings by J.R.R. Tolkien

The Man Who Mistook His Wife For A Hat: And Other Clinical Tales by Oliver Sacks

The Omnivore’s Dilemma: A Natural History of Four Meals by Michael Pollan

The Phantom Tollbooth by Norton Juster  NOTE: This is my favorite favorite children’s book!

The Poisonwood Bible by Barbara Kingsolver

The Power Broker: Robert Moses and the Fall of New York by Robert A. Caro

The Right Stuff by Tom Wolfe

The Road by Cormac McCarthy

The Secret History by Donna Tartt

The Shining by Stephen King

The Stranger by Albert Camus

The Things They Carried by Tim O’Brien

The Wind in the Willows by Kenneth Grahame

The Wind-Up Bird Chronicle: A Novel by Haruki Murakami

The World According to Garp by John Irving

The Year of Magical Thinking by Joan Didion

To Kill a Mockingbird by Harper Lee

Valley of the Dolls by Jacqueline Susann

Where the Sidewalk Ends by Shel Silverstein

Where the Wild Things Are by Maurice Sendak