If you’ve ever seen an episode of Gilmore Girls, you know that Rory is a voracious reader. This list of books includes titles that Rory is seen reading or others that she, her mother Lorelai, or other characters have alluded to in conversation. It’s an impressive list! I’ve marked the ones I’ve already read in bold. I’ll be tackling some new titles this year. Which ones have you read? 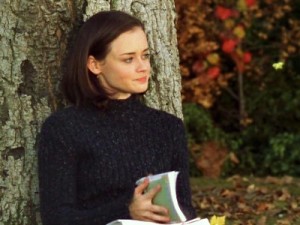