Home Sports Sippin’ on the Haterade – The Citrus Blows 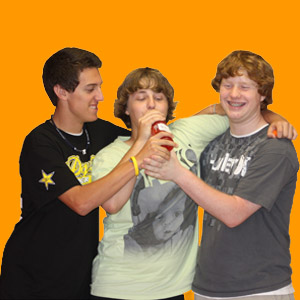 As the Orlando Magic finish up their final season in the Amway Arena before packing up and heading a few blocks south to the brand new Amway Center questions are being asked about why the Magic are moving. In 2006 Orlando Mayor Buddy Dyer agreed to fund a $1.1 billion renovation of the Orlando Centroplex which included a new $480 million arena for the Magic, a $375 million performance arts center and $175 million for renovations of the Citrus Bowl. So far two pieces of the “Triple Crown for Downtown” has been funded and started. The Amway Center is practically finished and will be ready by the start of the 2010 season, the performing arts center has had ground broken on it and the Citrus Bowl is still in the same ole decrepit condition it was in 1936.

The Citrus Bowl should have been the first of the three venues to be fixed on instead of the Magic’s new arena. The funding for the Citrus Bowl has halted due to the economic downturn and the city not having enough money due to tourist revenue. This is the 21st season of the Orlando Magic and the 21st year of the arena. It’s not old. If you’ve ever been to the Citrus Bowl and you’ve used the restrooms, you’ll know that if you’re a guy you pee into a gigantic bath tub. The arena has many urinals so you don’t feel uncomfortable standing next to the guy next you having a conversation about the game. Yes the arena could use some upgrades but building a brand new $480 million arena, is that really necessary? If Orlando could have gotten the citrus bowl renovated we could have so many more events. For example, Notre Dame opted out of playing a neutral site game here due to the Citrus Bowls shape, the Capital One Bowl had a shot of becoming a BCS bowl but the NCAA said no due to the condition of the bowl, the super bowl could be here, the ACC championship could be here, heck even the Pro Bowl could be here if the City Could have made the right choice and funded the Citrus Bowl before funding a brand new arena for a venue that’s been built just over 20 years.

Orlando has started to get on the right path last week by funding a $10 million “mini” renovation for the Citrus Bowl. It’s not even a renovation it’s more like a band aid over a huge sore. The most important improvement in this $10 million upgrade is artificial turf. After the city was embarrassed after this year’s Capital One Bowl, which featured Penn State and LSU, due to the fact it rained all night and morning and made the playing surface a mushy muddy grass bath that was just horrible to play in. That’s $1 million, the other $9 million include, additional restrooms, a new box office and concession stands. A telecommunications upgrade will allow fans for the first time to pay for food and drinks with credit cards. Other improvements include new paint and a single surface that will replace the mix of concrete, asphalt, wood chips and dirt on the ground level. All of this just a minor cosmetic upgrade of the ugly Citrus Bowl.

So Orlando, the choice is obvious, find a new way to get money to renovate the Citrus Bowl, or lose games such as both bowl games played here, the Florida Classic, the MEAC/SWAC Challenge and even Monster Jam. Just $165 million left until Orlando will have a glorious stadium that this city will be glad to call its own.