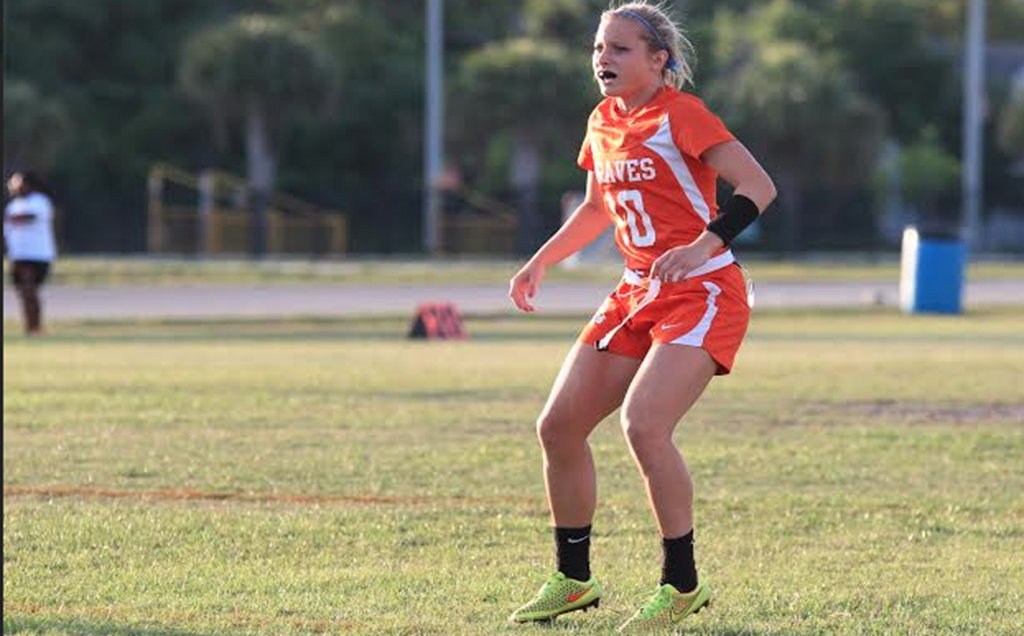 On Monday, April 27, the Lady Braves flag football team (11-1) conquered the Winter Park Wildcats for the second time in the season at the district semifinals, securing their spot in the district finals on April 29.

The first quarter came and went without a touchdown for either team. Senior Emily Stearns made a rushing touchdown early in the quarter, but the points were rescinded after a flag on the play for flag guarding.

Junior quarterback Emily Colvin started the second quarter with a rushing touchdown, setting the score at 6-0. After the ball was turned over to the Wildcats, Colvin came back with an interception in the next play, and junior Katlyn Nicholson received a pass in the end zone from Colvin for their second touchdown, upping the score to 13-0. Stearns rushed the field on the next play for the 3-point conversion.

The girls had a turnover, which almost resulted in a Wildcat touchdown at the end of the second quarter, but Colvin dove and pulled the ball carrier’s flag two yards before the end zone. The quarter ended with the Lady Braves in the lead, 16-0.

In the final play of the night, Colvin passed to senior Jenna Chastain in the end zone, ending the game with a victory, 22-0.

The Lady Braves will play Jones High School in the District 17 Finals at home on April 29 at 7 p.m.