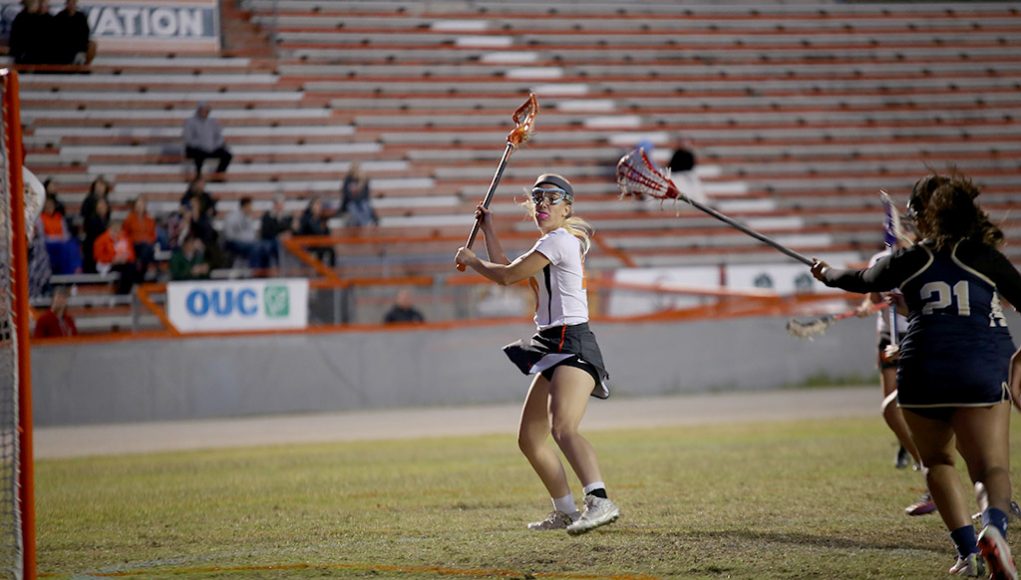 In the first five minutes of the game senior Madalyn Benton scored the first goal of the game. With 21 minutes left in the first half, senior Morgan Chambers scored and the team led 2-0. After a University Cougar fouled senior Emily Smith, she took her shot and scored. Junior Jessica Shutack added goals, making it a 5-0 game.

Chambers scored her second goal of the night while juniors Sydney Haselden, Amy Undieme and Avery Tyndall scored their first. With 3:11 left in the half, freshman Lexi Pace and senior Mackenzie Cook scored. The Lady Braves led 11-1.

The team entered halftime leading 12-1 after a goal from junior Kara Gentry. The 10-point lead put the mercy rule into effect, so the referees began a running clock for the remainder of the game.

At the start of the second half, Boone won the draw and junior Madeline Bogan scored two goals, 14-1. At 13:36 left in the game, Chambers and junior Shayne Maguffey scored. The next eight minutes of the game did not favor the Cougars. The Braves made more goals, and goalie Payton Johnson, sophomore, blocked the Cougar’s shots on goal.

Haselden scored her second goal of the game, putting the team up 17-1.