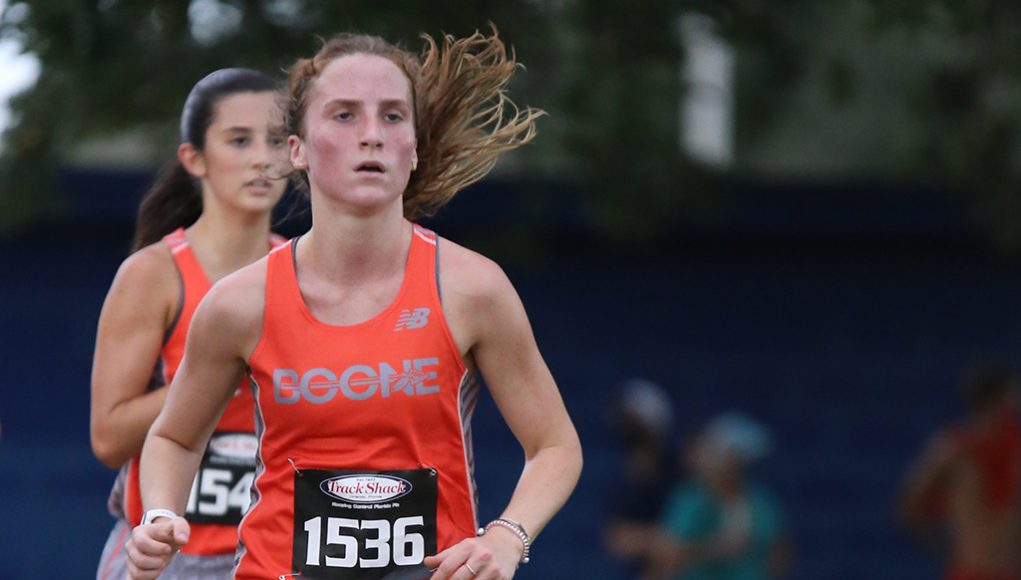 The clash of two perennial cross country state qualifiers, Boone and Winter Park’s girls teams, sparked a rivalry that only continues to grow. The rivalry has been mostly one-sided with Boone chasing Winter Park in competitions over the past half-decade. But, it is becoming more competitive with the Boone girls team beginning to catch up to, and beat, the Winter Park girls in meets.

This can be attributed to top Winter Park runner Emma Noel graduating, along with the great improvement of Boone’s top runners, juniors Megan Dolan and Hannah Foley.

With the absence of Emma Noel, the Boone girls team looks to not just return to the state meet, but to beat Winter Park in the process.

“[I hope to push the girls to success by] keeping the team together and encouraging them,” Dolan said.

If the team can stay together, they have a good chance of beating Winter Park in future meets, including the regional and state meets with the foundation laid for them by the strong performances of their top runners.

Both Dolan and Foley ranked in the top 50 for their cross country times, and finished first and second in the most recent race against the Winter Park team.

An impressive feat, made even more impressive as both were coming back from sickness and beat the next finisher, who was from Winter Park, by 40 seconds. Although Winter Park won the meet, the Boone girls team still has a chance of coming out on top in the future because at the time two of their top four runners were not competing due to injury, and still gave Winter Park a run for their money. If the injured runners return back to their previous form, it will be a close battle for the final states spot, as Winter Park is seeded just above Boone in the region, keeping them out of the state meet.

It won’t be an easy battle for the last state spot though, since Winter Park has been the better team over the past decade.

“Sometimes I wish we could beat [Winter Park], but we usually lose to [them],” Foley said.

The team competes against Winter Park on Oct. 23 at the metro competition. If the top runners on the team can “keep together”, and continue to improve, the team can make their fourth consecutive state meet appearance.