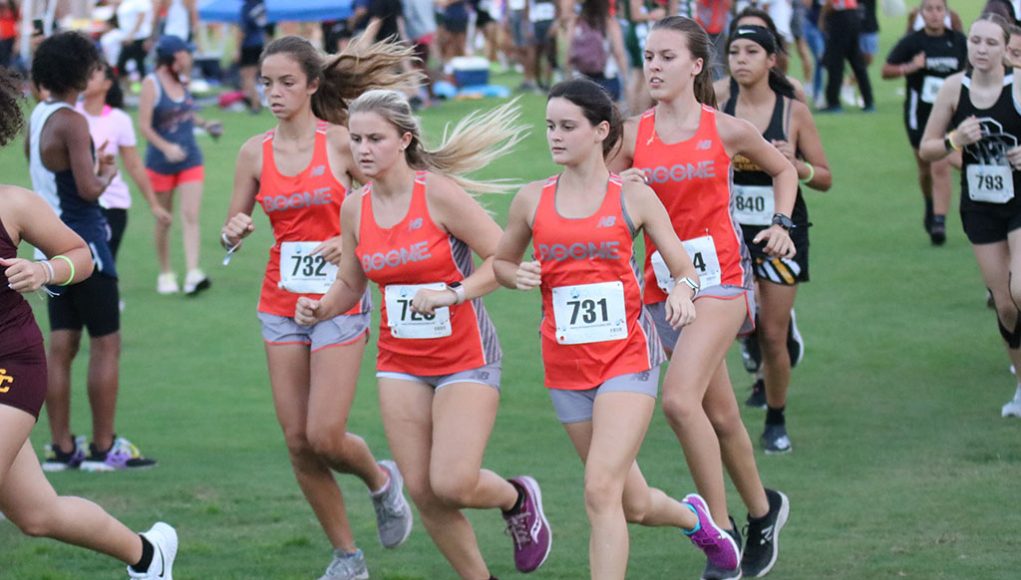 The girls cross country team is looking for their second consecutive team state meet appearance. Leading this push are juniors Hannah Foley and Megan Dolan, but this feat can’t be done without the effort of the other five varsity girls. Foley and Dolan have fast enough times to make it to states on their own, but the rest of the varsity runners will need to continue to work hard, and together, to make it to the state meet as a team.

Junior Samantha Matey has been running with Foley and Dolan for her entire high school career, and ran as a part of the states team last year. She, as one of the team captains and fourth fastest runner, will be a catalyst for the team’s success this year and in the future.

“[I hope to push the team] by encouraging the younger runners to treat each meet as a stepping stone to continue to get better,” Samantha Matey said.

Kyah Walker, a sophomore, also attended the state meet this past season as a member of the varsity team. She has steadily improved throughout the year with her dropping around 43 seconds through five races this season, and moving onto the varsity team as the number seven runner.

“I just feel like I’ve gotten stronger. I feel like I’m stronger throughout the races,” Kyah Walker said.

The team has continued to move up the regional rankings despite a season-ending injury to Drayton Bourne, the third runner, after the first meet. Many of the returning runners continue to improve, with some even dropping minutes off of their time, like senior Lilly Waldrop who has dropped 1:49 off her time over the course of the season. Lilly is one of the members of the girls team’s “blob” of runners who are pushing to bridge the gap between themselves and Foley and Dolan.

Continued improvement by the team along with injuries cause frequent turnover in the varsity roster as runners continue to change their position on the team. A newcomer to the program, freshman Grace Healy just returned from injury, but has high aspirations both for herself and the team this season.

“I’m looking forward to hopefully going to prestates, even though I just got my boot off, I’m setting very high standards for myself,” freshmen Grace Healy said.

The girls team will travel up to Tallahassee for the FSU Invitational (Pre-State) meet on Oct. 23 and will continue to compete for placement on the varsity roster for the team’s prospective return to the state meet in Tallahassee on Nov. 12.