Home News Caps and gowns become inclusive for all students 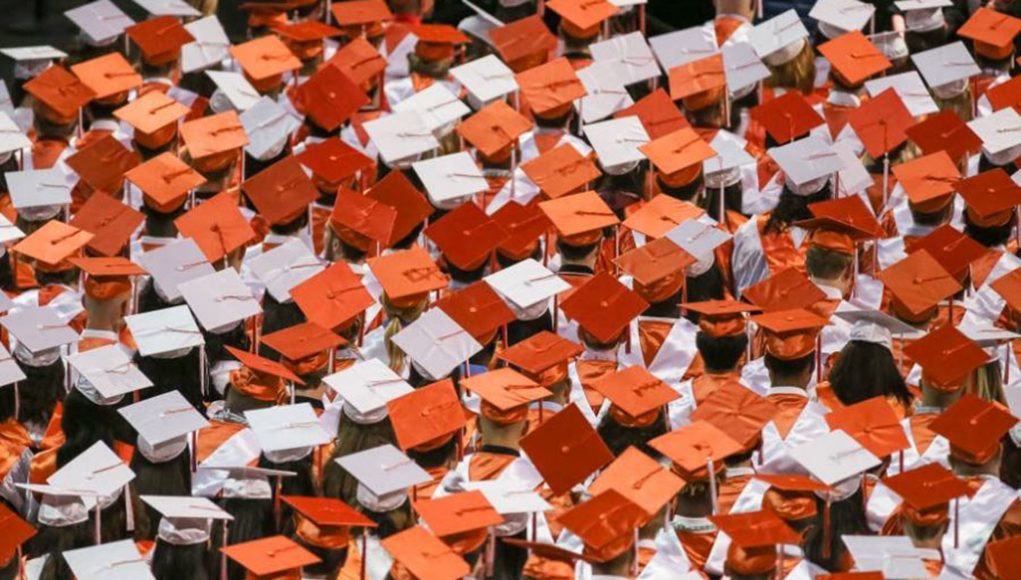 All students will now wear orange caps and gowns at graduation. Previously, only boys wore orange, while girls wore white. According to principal Dusty Johns, the change was only made so all students wear the official school color at graduation.

Although it was not the intention behind the decision, this change makes caps and gowns inclusive for all students. The new change eliminates separating students by gender.

Separating boys and girls at graduation creates a divide between the student body. Students do not look unified while walking across the stage. With all students wearing the same color, focus is drawn to the milestone students are passing, instead of the gender of each individual student.

More importantly, this change will help nonbinary students feel more included in the ceremony. The previous caps and gowns gendered whatever student put them on. The gowns placed nonbinary students into male and female categories against their will.

By making all of the gowns the same, nonbinary students are not forced to wear colors that are assigned to either males or females. Nonbinary students can focus more on their accomplishments rather than stressing about the color of their gowns.

In past years, anyone attending the ceremonies had an idea of a student’s gender even from sitting in the back of the arena. A student body wearing all orange removes preconceived assumptions from the minds of family and friends in the audience.

Additionally, the orange caps and gowns help include students of all incomes. Students required to wear white clothing underneath the white gowns. If students did not, the clothes worn underneath would be visible. If a female student did not have white clothes, she would have to buy some or select something from the Kemosabe Kloset.

Before, a low income student may have struggled to buy a dress or outfit to wear underneath her gown. Now, she can wear any color clothes she already owns underneath the orange gown, as it is not see-through.

When it comes to the Kemosabe Kloset, students may also have a wider variety of options available. Students would not have only a limited number of white items to choose from.

This decision falls behind other OCPS schools. Winter Park, Timber Creek and other schools in the district already made all students wear the same color. Although this change should have arrived sooner, the school made tremendous progress by making it now.

Seniors can order their caps and gowns with Herff Jones Orlando now. Multiple packages are available. Graduation takes place on May 18, 2022 at 2:30pm in the University of Central Florida Addition Financial Arena.