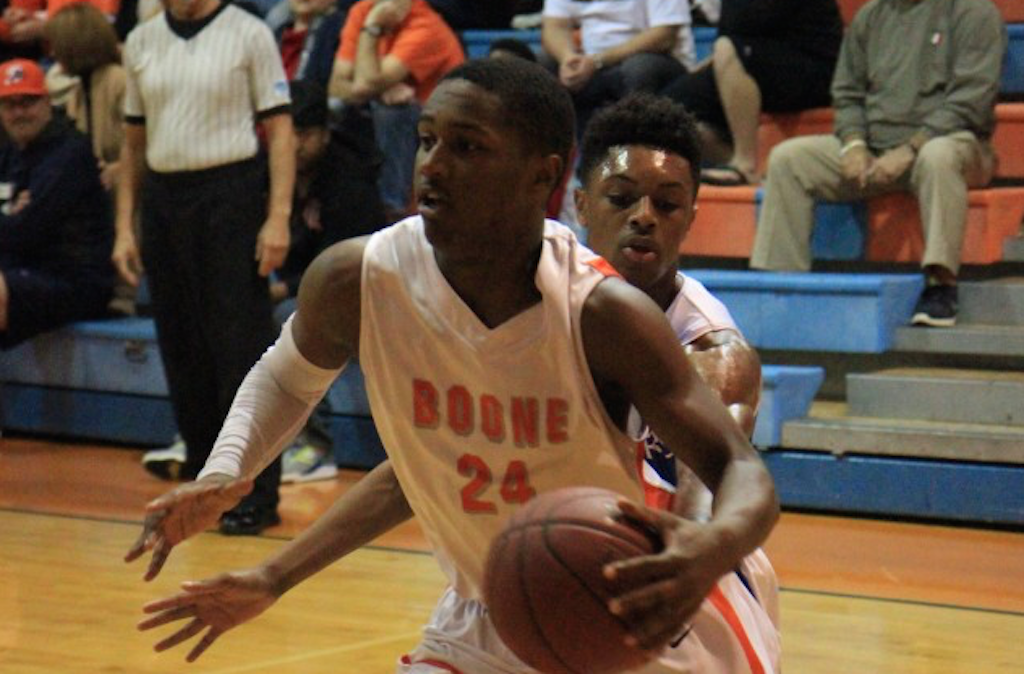 Thursday, Feb. 12, the boys basketball team (19-9) defeated West Orange,  for the second time this season, in the regional quarter-final game to advance to the semi-finals for the first time since 2005.

Starting off rocky, the Warriors held the Braves to scoring just six points in the first quarter.  The boys looked to be struggling against a tough West Orange defense. However, the Braves stepped it up in the second quarter. Louis Martinez managed to hit a buzzer beating 3-pointer to put the Braves up 21-12 at the end of the half.

The third quarter the Braves widened the point gap, 42-30, and headed into the fourth quarter with momentum. But, the Warriors weren’t ready to give up and battled the Braves to the end.  The Warriors managed to close the gap to as low as just four points. Proving they were not ready for their season to end, the Braves fought and prevailed.  The boys managed to outlast the Warriors, 59-51.

Notable performances were sophomore Zachary Morales with 11 points on the night. Senior Jeremy Bouton and sophomore Justin Butler both had 10 points each, and junior Tyler Colson and freshman Jordan Goodson each scored 8.

The Braves play Tuesday, Feb. 17, at 7 p.m. They will host the Dr. Phillips Panthers in the Wayne Rickman Gymnasium for the regional semi-final game.