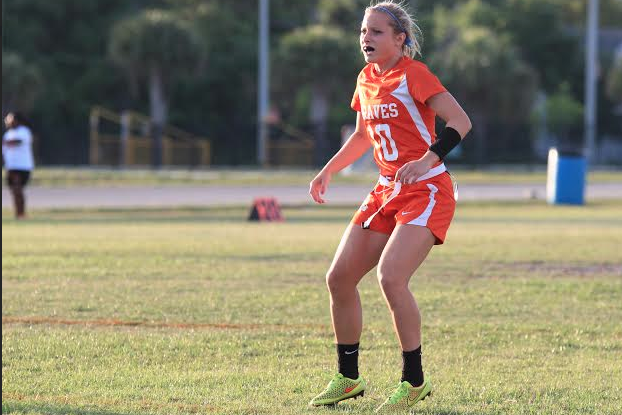 Senior Emily Stearns started the game with a touchdown.  Shortly following that one, senior Megan Gibson made a touchdown, making the score 13-0 for the first quarter.

In the second quarter, quarterback Emily Colvin, junior, pulled a flag followed and Gibson made an interception for a touchdown. With 1:32 left on the clock junior Danielle Coqueran scored the fourth touchdown of the game.

In the start of the third quarter, Colvin passed the ball to junior Kristin Recker who then scored a touchdown. Sophomore Haley Hadd completed a pick 6 (an interception returned for a touchdown), which then made the score 39-0. Junior Katlyn Nicholson made a crucial interception preventing the Wildcats from making a touchdown. For the final touchdown, Gibson completed a pass to senior Karina Ramirez adding six more points to the board. The flag football team defeated the Wildcats, 45-0.