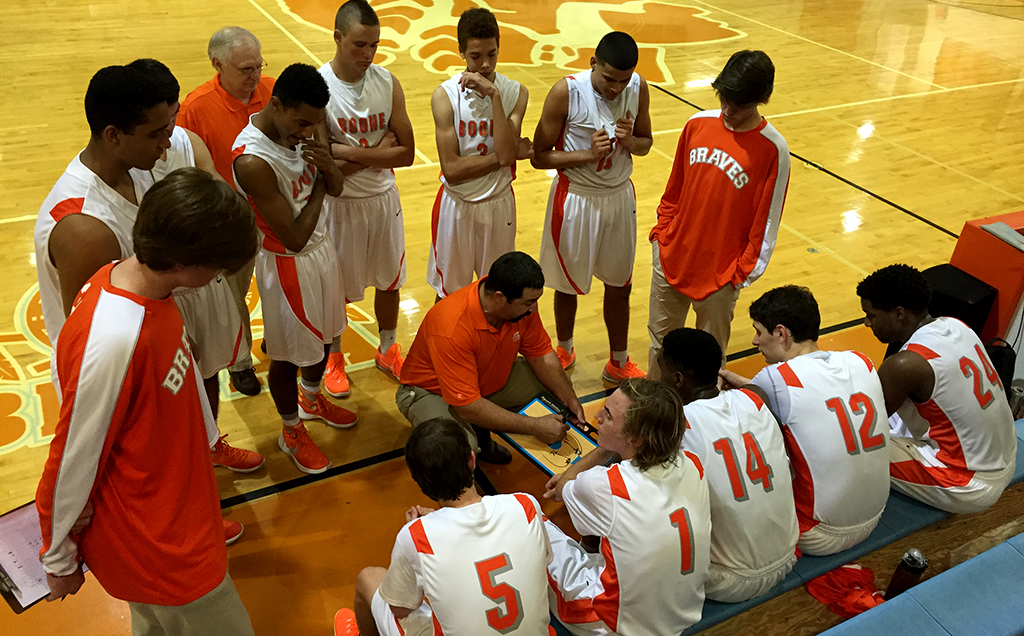 Tuesday, Nov. 17, the Braves basketball team faced the Apopka Blue Darters in the Wayne Rickman Gymnasium for their first home game of the season.

The game started with junior Zachary Morales making two free throw shots. This gave the Braves an early lead. While there was a lot of back and forth with ball possession, it was a low scoring quarter. It ended with the Braves up, 6-4.

A three-point shot from sophomore Sean Halloran brought the score to 11-7. At halftime the Braves were still ahead, 15-14. The score remained close throughout the first half of the game but widened in the second half.

Senior Tyler Colson and Morales both sank three-point shots making the score 31-24. The third quarter ended with the boys continuing their lead, 36-27.

In the fourth quarter, Morales and Colson both made another three pointer each. This brought the score to 47-35.