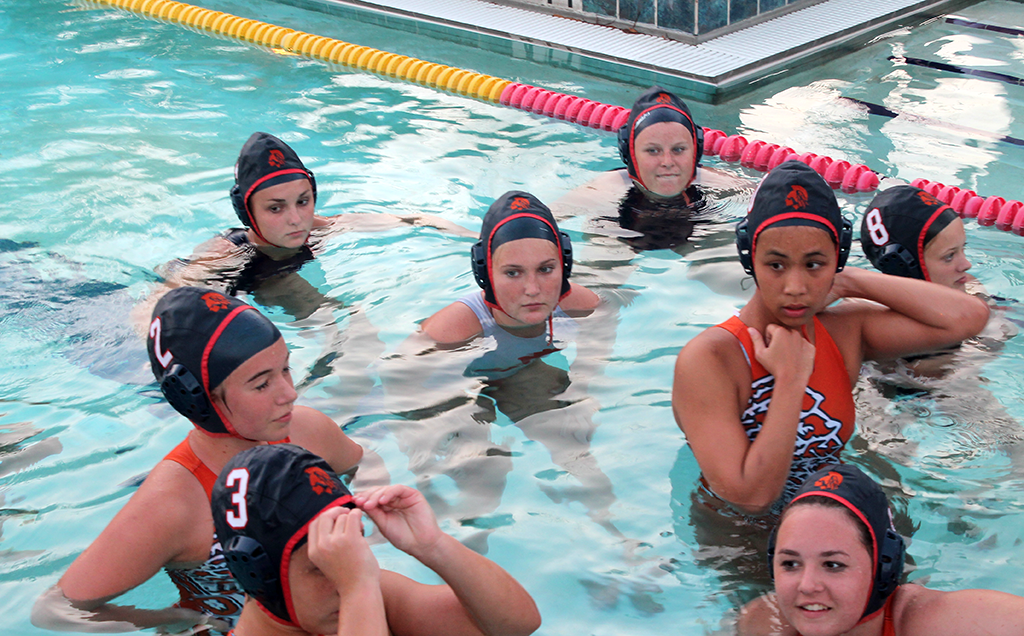 In the home game on Feb. 17, the boys and girls water polo teams took on the Timber Creek Wolves.

The third quarter began with Anderson scoring her fourth goal of the game, making the score 9-0. After, Rosalie Creighton made a big substitution leaving in one of her starting players, C. Hastings, Timber Creek made two goals causing Creighton to switch up her line up again. Senior River Hastings, C. Hastings, Anderson, Houston and Holly Arquette added more points to the scoreboard in the last two quarters.

The game ended with the Lady Braves winning, 19-2.

In the first quarter of the boy’s game, senior Patrick Egan, junior Andy Hoogvorst and senior Christian Assal all scored goals for the Braves, putting the game at 7-0.

The second quarter began with Hoogvorst scoring another goal for the Braves, 8-0. Junior Thomas Moore and senior Noah Hughes added goals for the team too, 11-0.

The third quarter started with Egan scoring his second goal of the night and Timber Creek adding their first goal, 12-1. The Wolves managed to score two more goals in the third, 13-3.

The fourth quarter started with sophomore Keegan Teel getting a penalty, which prompted Creighton to call a 20 second time out to reset the players. After the time out, Timber Creek scored another goal, 13-4. During the fourth junior Samuel Gentry-Mickelson, Hoogvorst, Egan and Moore added more goals to the scoreboard. The Wolves managed to score two more times in the fourth.

The game ended with the boy’s adding another win to their record, 18-6.

Come see the boys and girls in action again at home on Feb. 19, against Freedom High Patriots, 6 p.m.