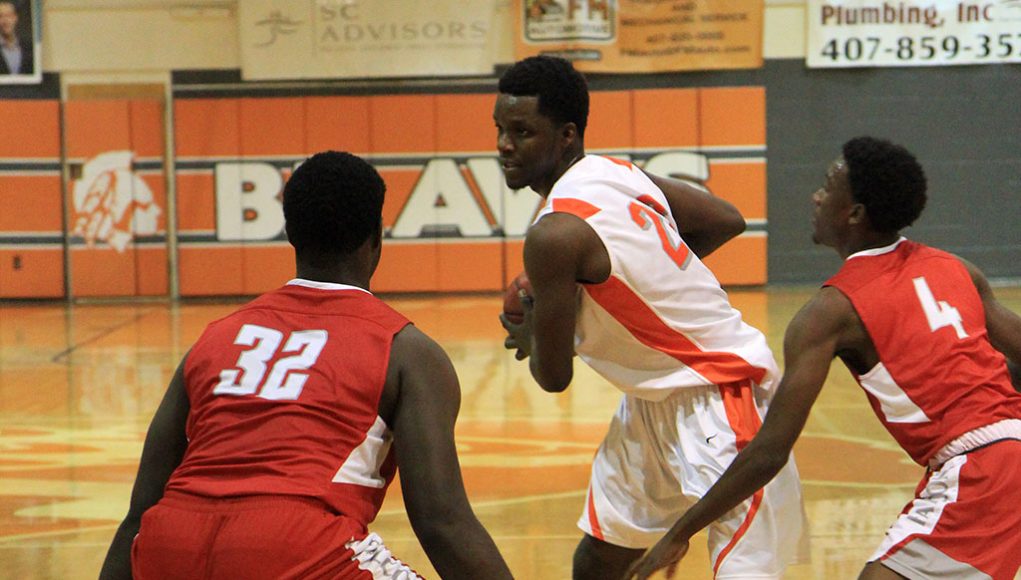 At the start of the game the Braves were down, 1-0, until junior Sean Halloran made the first 3-pointer of the night. Throughout the game seniors Patrik Lubin and Justin Butler had consistent baskets. The Braves dominated the first quarter, 17-7.

In the second quarter, sophomore Marlon Allen made a layup and brought the score to 25-13. Then Allen rebounded senior Zachary Morales’ missed shot and made a jump shot to add two points to the board. The Braves kept a steady lead at the end of the first half, 27-16.

Throughout the third quarter, the Braves dominated the court. Butler made the first basket of the second half. Later in the quarter, Halloran stole the ball from East River, ran down the court and made a layup to make it a 34-19 game.  After East River missed a shot, Butler got the rebound and passed it to Allen who made a layup. The layup brought the score to 36-21. The team ended the quarter 45-30.

In the final quarter of the night, senior Tylandis Bennett went for a layup and made the score 48-33. With two minutes left in the game, senior Angel Gonzalez made a 3-pointer which brought the score to 53-36. During the last 15 seconds of the game, Falcon fouled Allen, who then made both of his free throws, ending the game with a win, 61-40.