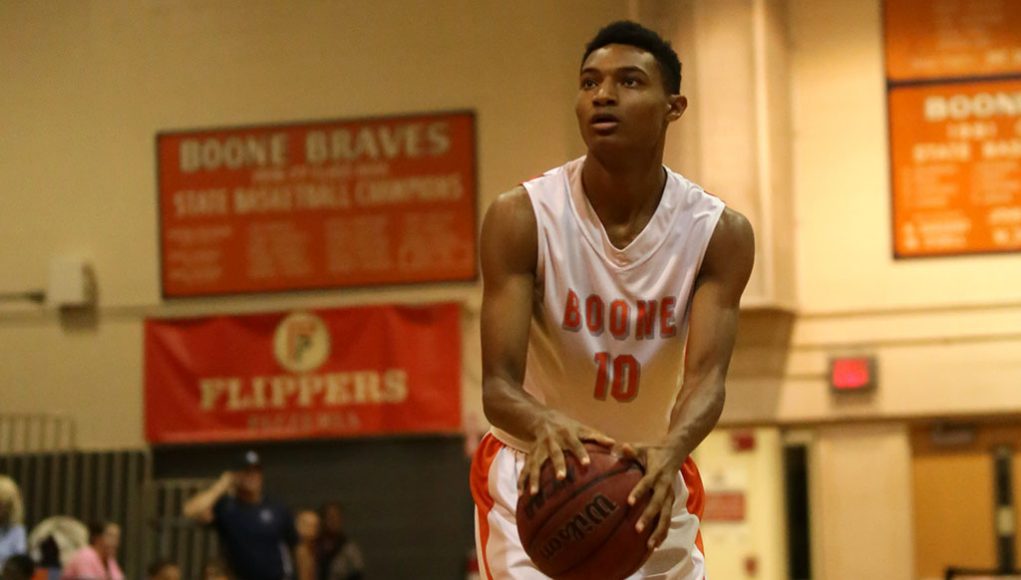 Right off the bat, the Braves kicked up the score, with baskets and assists from junior Sean Halloran and seniors Zachary Morales and Tylandis Bennett. The boys continued to score with little action from the Lions. Sophomore Marlon Allen ended the first quarter with a steal and a two-pointer, helping give the boys a 19-7 lead on the Lions.

The boys didn’t let up in the second quarter. Senior Jason Preston got a rebound and sunk a two-pointer, keeping the team in the lead at the end of the first half, 39-16. Senior Patrik Lubin started the second half strong with a basket.

Senior Angel Gonzalez made a two-pointer in the third quarter, along with baskets from other teammates. The third quarter ended 56-23. The fourth quarter consisted of a three-pointer from Bennett and four points from junior Carver Reeves. The team ended the game with a strong win.