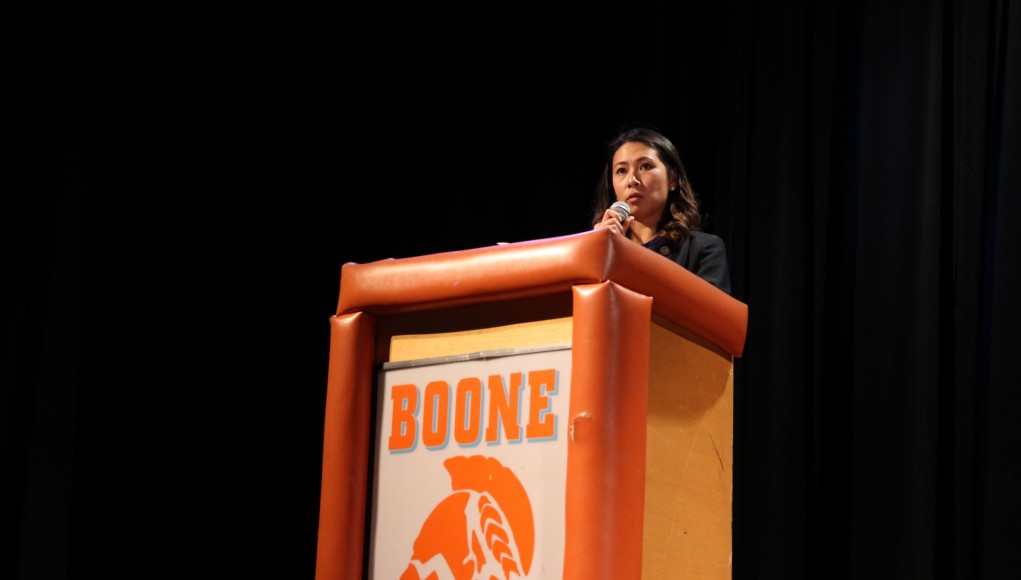 “By attending these type of events, you see what kind of issues are facing your community and how they’re important to the people around you,” senior Isis Miller said.

Seated behind a desk, taking notes, Murphy listened intently to each individual’s concerns. Expressing her hopes for her new term as congresswoman, she addressed and clarified her stance on almost every issue vocalized.

“I am a mom of two, I was a businessperson, I have worked in the national security states and am a member of this community. I share a lot of your concerns; whether it’s equality, education, environmental issues, health care or the economy,” Murphy said.

Ending the night, Murphy thanked the attendees for their support and pledged to accurately represent them in government. The congresswoman concluded the event after a round of one-on-one conversations with her audience of about 100 members from both major political parties. She expressed the necessity for anyone with concerns or questions to email her at Stephanie.Murphy@mail.house.gov.