Following the start of the game, sophomore Katherine Radcliffe raced down the field to score within the first thirty seconds of the match, 1-0. Radcliffe scored her second goal within 3 minutes, 2-0.

After a quick start, both teams settled into a back-and-forth battle for the ball, with the Braves taking two shots on the Mustang goal. Wekiva defended the Braves’ advances, but Boone remained in control of the ball for the majority of the first 7 minutes.

Ten minutes in, Wekiva offense pushed toward the Braves’ defense, but were held back. With fouls on both teams, possession of the ball constantly rotated between Boone and Wekiva.

Senior Lexi Pace put an end to a scoreless period with a goal, 3-0. Following this goal came a one minute water break, in which the Braves huddled to discuss fixing sloppy play, and make goals to move the ball more quickly and create better body positioning.

Out of the break, Wekiva won the draw, but senior goalie, Gabriella Roberts, defended the Mustangs’ advances. Ball possession switched back and forth between both teams for the next few minutes before a face mask foul on Wekiva, resulting in an opportunity to score a goal for sophomore Adley Boston, ending the first half, 5-0.

Boone won the first draw after halftime, and carried the ball toward Wekiva’s goal, accompanied by frequent passing by the Braves and fouls on Wekiva. With Boone dominant on offense, Katherine Radcliffe continued to score, earning two more goals within the first ten minutes of the second half, 7-0.

Boone defenders kept the Mustangs out of scoring range as the offense pushed towards Wekiva’s goal. Junior Donna Auer scored 20 minutes into the second half, 8-0.

The game brought more quick rotations of control of the ball betweens Boone and Wekiva, as 10 minutes remained in the second half.

Boone broke down the field with a strong run, but was unable to execute a goal. Two minutes later, senior Ashley Troy tallied a goal, 9-0. Goalie Gabriella Roberts then defended another shot on goal by Wekiva, keeping the Mustangs scoreless.

In the final moments of the game, senior Lillian Goeb advanced to Wekiva’s goal to score to finish off the team’s week with a win, 10-0. 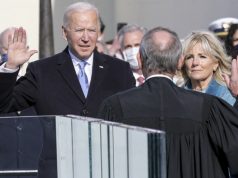 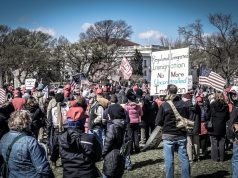 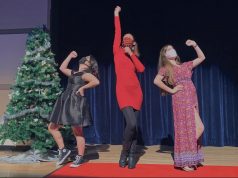