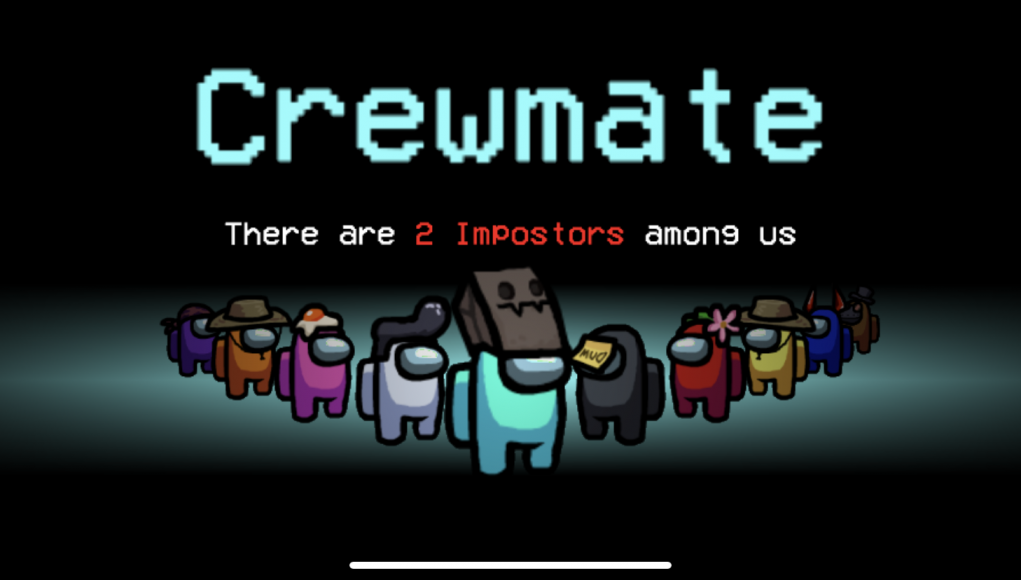 Among Us caught on like wildfire. Becoming a hit game in 2020, Among Us is a multiplayer PC and mobile game that exploded in popularity and quickly became a known pastime for virtual socialization.

InnerSloth released Among Us in 2018 but the game did not take popularity until the summer of 2020. It all started when Chase Morris, or Sodapoppin, streamed the game to his 2.8 million followers on Twitch. After that, it caught on quickly with TikTok influencers and YouTube stars streaming the game on their platforms.

Seventy % of Among Us lifetime downloads happened in a span of 45 days leading up to Sept. 15. Among Us downloads rose over 100 million with more than 3.8 million players on the platform.

“I enjoy Among Us because it’s super entertaining to play when you’re bored or don’t  have anything to do. Also, the people in the games are always random and sometimes they can be hilarious in the chat,” sophomore Carlee Turner said.

The game puts you in a room with 4 to 10 other players where one is dropped onto a spaceship. Players get assigned roles like “crewmate” and “imposter.”

The game focuses on survival. Crewmates receive a list of tasks to complete while trying to avoid getting killed by an imposter. Players vote others off the ship in their hunt for the imposter. The game ends when either the crewmates finish their task, the imposter is voted off, or the imposter wins by never being discovered until the end.

With the increase in popularity, InnerSloth decided to cancel their plans for a sequel to focus on improving the original. Their plans include coming out with an add friends feature, a color blind mode and a way to customize controls. The new features will likely cause the already trending game to gain more attraction.