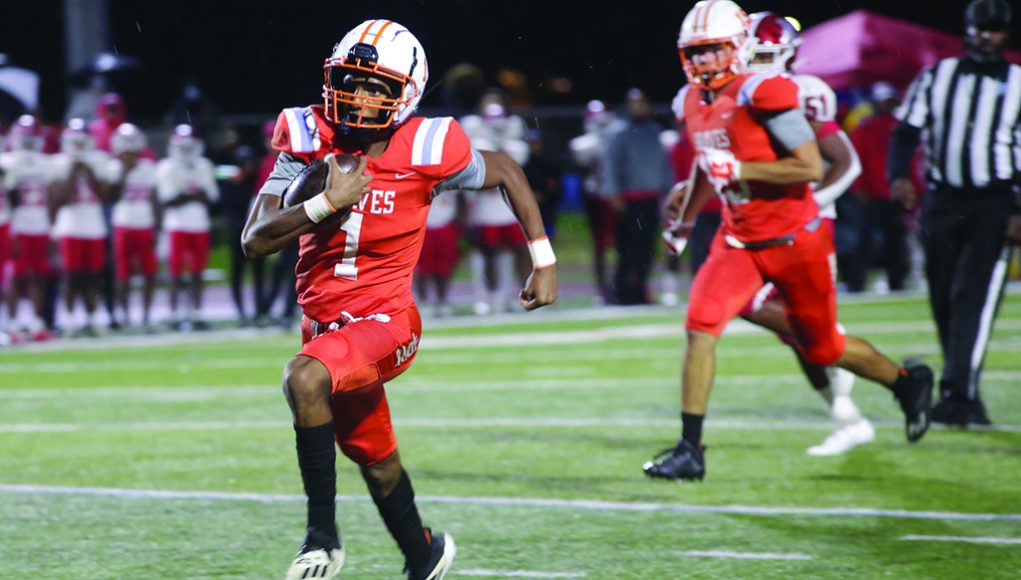 Junior wide receiver Aidan Mizell put himself on the map this season. Mizell, who set the school record with 18 touchdown receptions as the most in a season, also finished the season with 47 catches for 1003 yards.

“We’ve got some playmakers on this team, and our job is just to get them the ball,” Boone coach Andy Johnson said in an interview with the Orlando Sentinel.

These numbers have grabbed the attention of Division 1 coaches from all around the country. Mizell ranks 19th on the Orlando Sentinel‘s prediction of the 60 class of 2023 players who are most likely to be recruited, and has now received five offers from UCF, West Virginia, USF, Pittsburgh and Charlotte.

Mizell has attended gameday visits with University of Central Florida and University of Florida, and looks forward to going on official visits over the summer.

Mizell’s burst onto the scene wasn’t surprising as he learned from alumni Parker St. John (Air Force Academy player) and Javion Phelps (South Dakota) in his junior year. This contributed to Mizell’s growth as a player.

“My biggest improvement from last year is my run after the catch ability. I’m elusive, which makes me hard to tackle,” Mizell said.