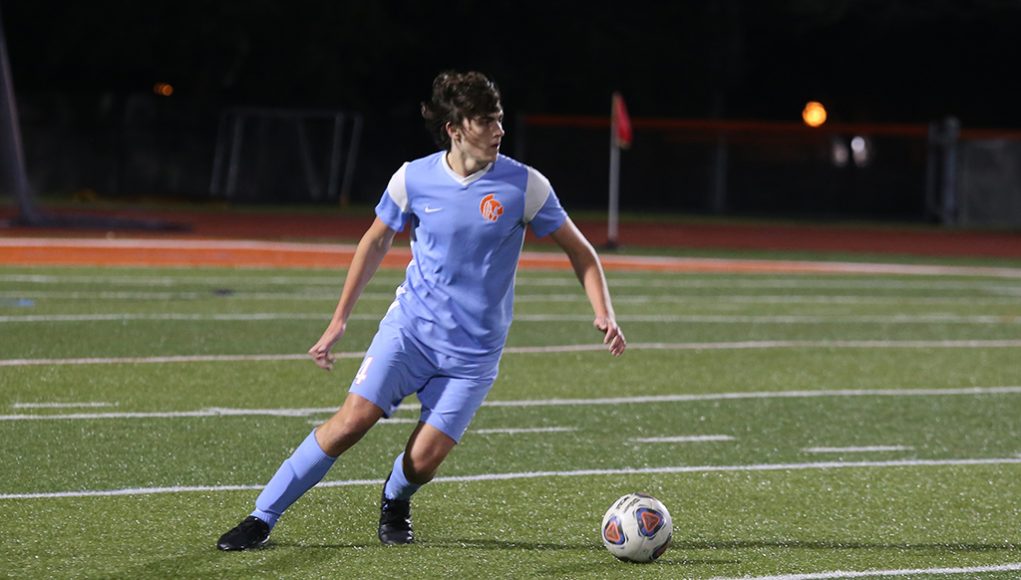 The boys soccer team fell to Creekside 0-2 in a home, regional game Feb. 9.

Prior to the first water break both teams held possession. Both teams got a few shots off, but none formidable enough to give either team an early lead.

Five minutes after the first water break, Creekside scored on a goal just out of reach of the Boone keeper on the low right post. Boone began putting more pressure on Creekside, but to no avail before halftime, with most shots skying over or to the side of the cross bar, and one or two shots on goal that were relatively easily saved.

Boone came back in the second half playing more aggressively, and creating more chances for themselves to score with none coming to fruition. The two teams traded possession and shots on goal, but the action mostly stayed out of the two goal boxes. Boone had some opportunities off of breakaways and corner kicks, but all of these opportunities were either saved by the keeper or cleared out by Creekside defenders.

The last water break took place allowing both teams to get a breather and discuss tactics for the remaining 20 minutes of the game. Boone played even more aggressively, making more runs at the goal and pushing the team past midfield whenever possible in the hopes of scoring an equalizing goal. Despite the team’s efforts, when Creekside gained possession late in the game they attacked the Boone defense and scored a game clinching goal with five minutes remaining.

Occurring immediately after their district championship, this game ended the boys soccer season.