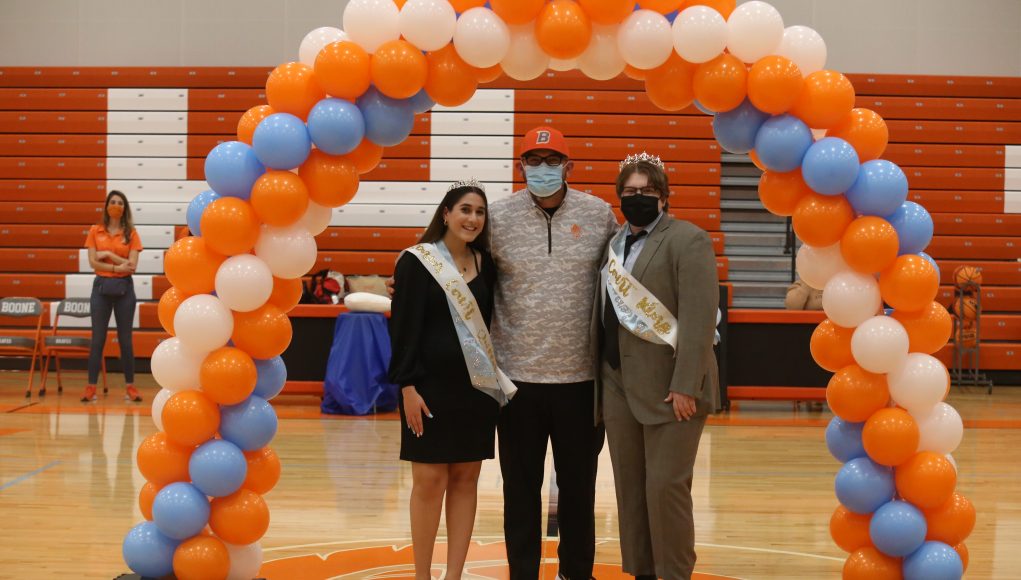 Club sponsors nominated student leaders for the court. Then, the senior class voted for king and queen on Jan. 26.

“I was in complete and utter shock. I didn’t expect to win,” Calderon said.

Calderon, Best Buddies president, felt excited to represent the organization and the inclusivity of ESE students on campus.

“Winning was such a great moment for me because at the end of the day I really believe in inclusion, especially spreading that kind of positivity on campus,” Calderon said.

Calderon noted that Best Buddies is the most fulfilling club she participated in during her four years on campus. She plans to continue with the organization when she attends college.

“Being president of Best Buddies has been the best experience ever,” Calderon said.

“It didn’t really hit me that I won until I saw Mr. Johns walking over with the crown and sash itself,” Byrd said.

Byrd identifies as non-binary and became the first non-male student to win king.

“I have had a couple people say I was inspiring, which is so strange because I am just trying to be myself,” Byrd said.