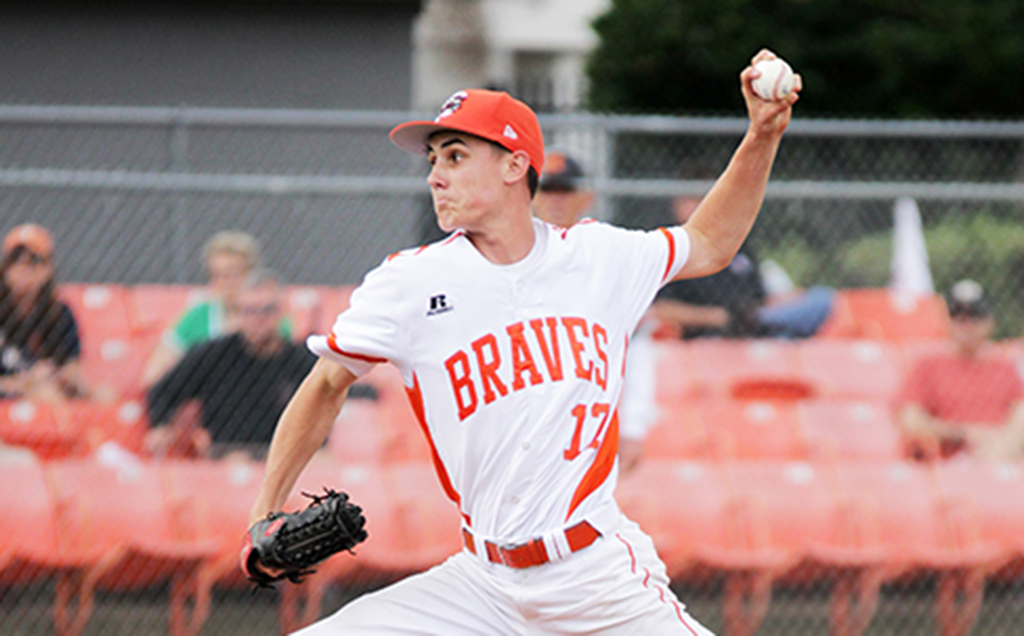 Despite the overcast weather, the Braves achieved a needed victory over the Winter Park Wildcats, 8-3, on April 7, after falling to Manatee, 7-10, on April 1.

One Wildcat runner made it around to home in the top of the first, setting the score at 0-1. Fly outs caught on two other runners impeded their scoring, and pitcher James Robbins, junior, struck out their last batter after they scored a run to close out the top of the first.

At the bottom of first, senior Ray Alejo and sophomore Chris Jones batted in five of their eight total runs for the Braves, setting the score at 5-1.

Outfielders Evan Lumbert and Adam Anderson, seniors, and Timothy Kaiser, junior, caught three fly balls at the top of the second. First baseman Robert Simmons, senior, caught a foul ball at the top of the third. Despite solid performance in defense, neither the Braves’ nor the Wildcats’ offense scored in the second or third inning.

The fourth inning brought more excitement, as the Wildcats clawed their way back from their four point score disparity, bringing in two runs to bring the score to 5-3. With a closer score at the bottom of the fourth, the Braves stepped up their game to widen the point gap again. Lumbert, at bat first, planted a ball deep in center field and batted in runner Jones from second; he made it around to second base. Anderson made his way to first base, followed by Alejo at bat. Alejo batted in Lumbert and Anderson, setting the score at 8-3 by the end of the fourth inning.

Lumbert took the mound at the top of the fifth, and struck out two batters in the fifth and sixth innings. The fifth, sixth and seventh innings were otherwise uneventful, as neither team scored. The game ended with a victory for the Braves, 8-3.

The Braves have their next game against Timber Creek on April 8 at 4 p.m. at home.