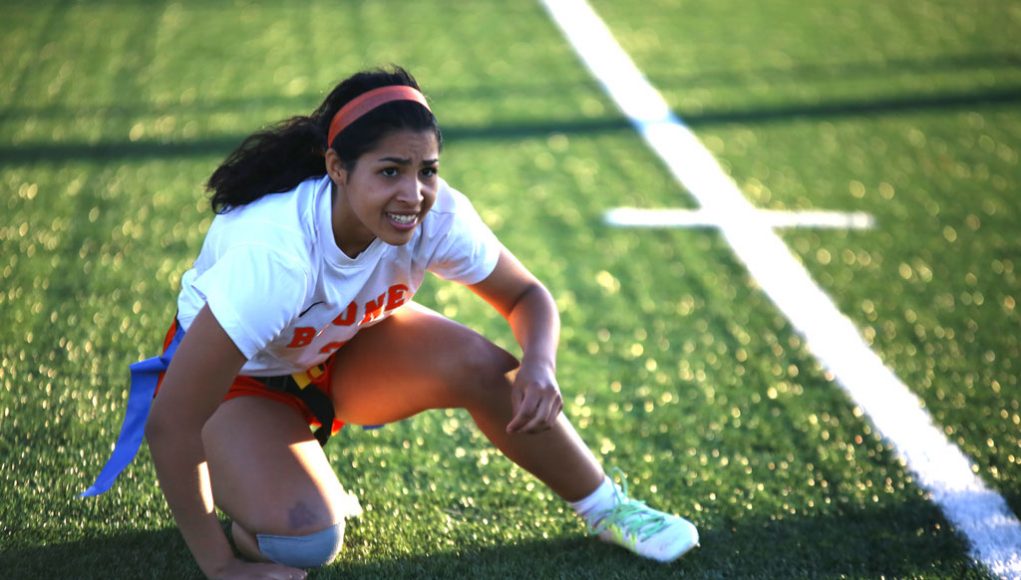 During the first quarter, the teams took turns with ball possession. Senior Emily Matthews intercepted the Wildcats’ ball, bringing the ball into the Lady Braves possession. The quarter ended scoreless, 0-0.

At the start of the second quarter, junior Hannah Richards punted the ball. Then senior Hunter Mason blocked the Wildcats from making an interception. Nyra Jolly caught a pass and gained 20 yards. Then junior Cassady Quintana intercepted the ball, returning ball possession to the Lady Braves. Freshman Lainey Taczak snagged the first touchdown and scored the extra point. The second quarter ended 7-0.

Kicking off the third quarter, senior Haley Hadd intercepted the ball, returning the possession to the Lady Braves.  Richards, then scored a touchdown, propelling the score to 13-0.

During the fourth quarter, Mason snagged a touchdown and Taczak scored the extra point.