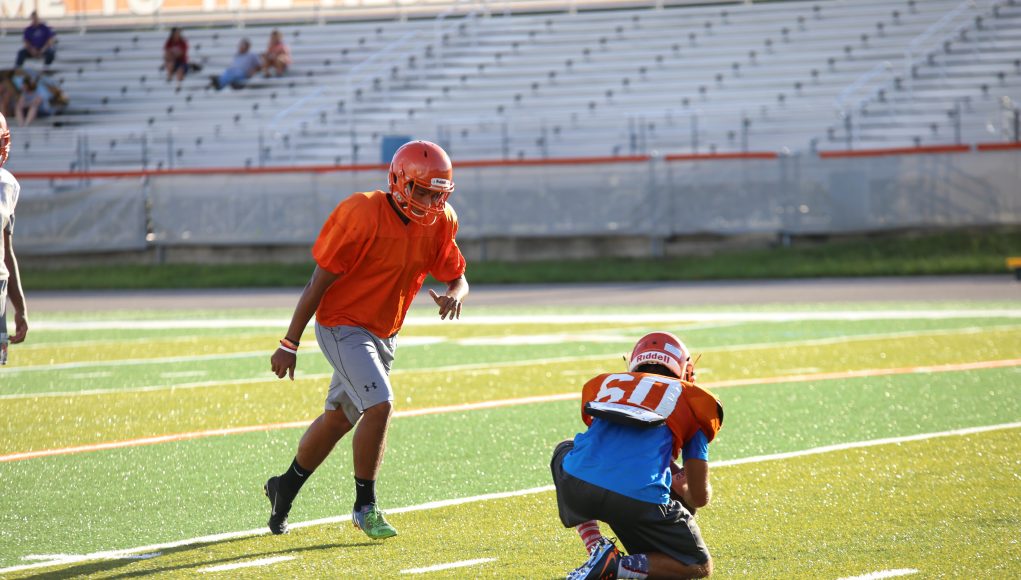 As the sky began to darken on Tuesday night, a swarm of student athletes on the football team overtook the new field at their first practice.

The new field, provided from funds raised in Revive the Tribe, is an initiative that began last year to help re-vamp the football field, track and additional needs in the athletic department.

“Revive the Tribe is important because it gives the community something to be excited about,” Jaxsen Anagnostis, senior quarterback, said. “Last year was not a break out year for Boone football, but with a new field, it will bring more people out to Friday night lights.”

While the new track still needs completion, Revive the Tribe allows the athletic department to host a variety of sporting events. The new track will permit Boone to host invitationals, and now more Boone and Blankner student-athletes.

Since the local community donated and supported this initiative, the first practice was open for to the public. Dozens of parents, students and other community members filled up the stands.

“It’s important for this to be a community event,” athletic director Kevin Demer said. “There were lots of contributors and supporters of [Revive the Tribe.] Whether they donated $100 or $1,000, all donations helped, and now they get a preview to the first game on the new field.”

“The first practice feels rejuvinating,” Anagnostis said. “Over the summer, I watched the [the field] come together, and now to be cutting, jumping and playing is great. It is nice to have final product completed.”

The football team and coaches hope the new field will help bring more people out to football games.

The first game on the new field will take place on Sept. 1 against Lake Nona at 7 p.m.