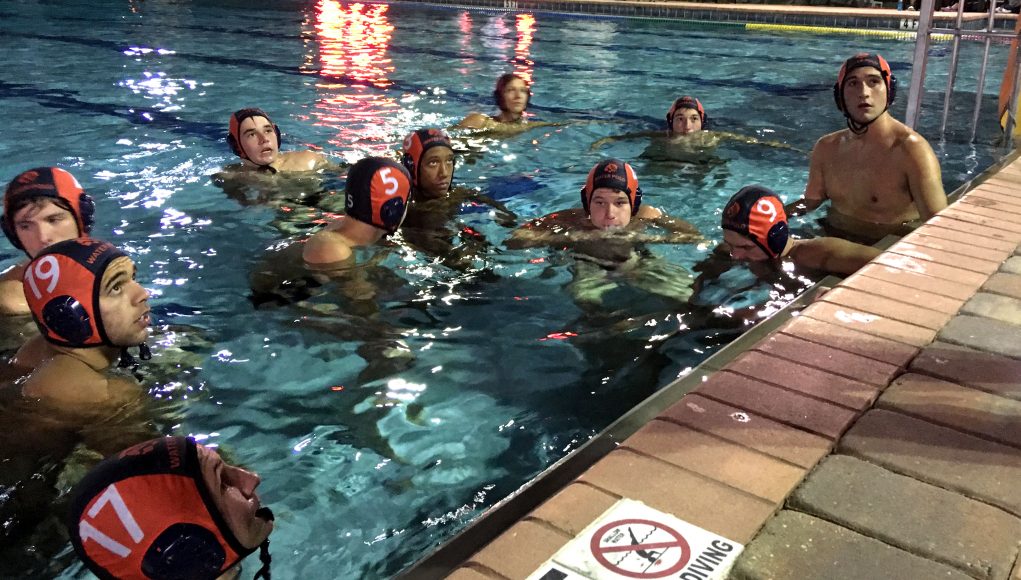 The boys water polo team competed against the Windermere Wolves March 7 at Wadeview pool, finishing the game with a win (18-12).

Junior Ethan Mortenson started the game with two back-to-back goals. Soon after, junior Justin Fussell was ejected from the game and Windermere quickly used their man-up advantage to score.

After the ball turned over, senior Chase Herron scored. The ball ended up on Boone’s side again and Herron made a point off a foul.

Herron and Mortenson worked together to score a point, but Windermere swiftly followed their play with a score. As the buzzer sounded for the end of the first period, Mortensen slammed a ball into the goal, ending the period (7-3).

At the start of the second period, sophomore Joshua Meincke was ejected from the game, giving Windermere the man-up advantage they needed to score again. After another score from Mortenson, Windermere called a timeout.

Windermere returned to the game and attempted to score, but sophomore goalie Ivan Mihavonic blocked their shot. Mihavonic passed the ball and freshman Dylan Umpierre scored. The second period ended (11-4).

Freshman Brandon Arquette blocked a goal from Windermere, but Windermere shot again and scored. After another score from Herron, the third period ended (15-7).

Herron and Fussell started the final period scoring two points, but Windermere soon followed up with two shots and brought the score to 17-10.

Freshman Miles Tankovich made the final shot of the game, ending the game (18-12). At the end of the game, players shook hands to express good sportsmanship.

The boys water polo team will play Colonial at Dover Shores Pool on March 14 at 6:30 p.m.