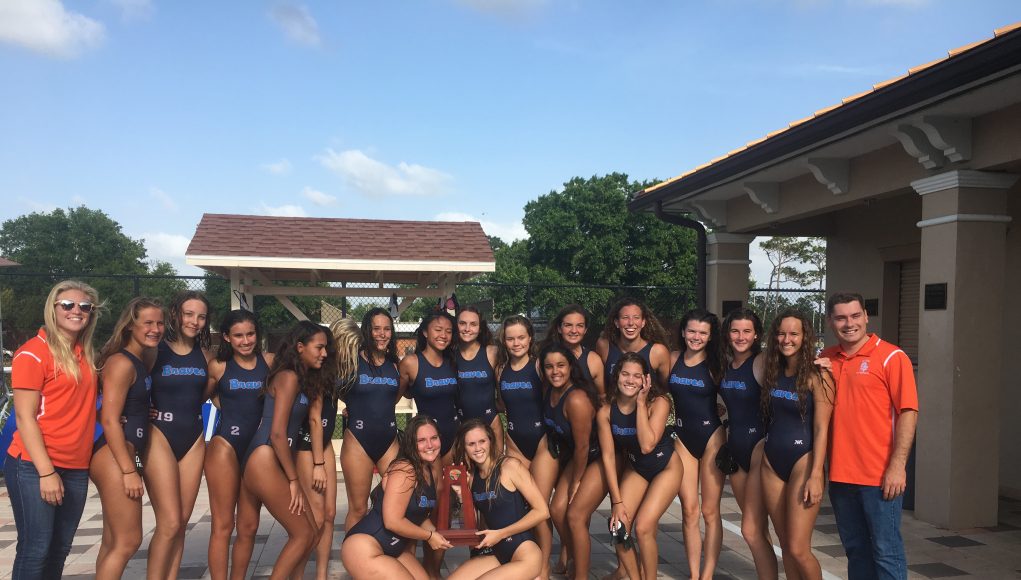 The boys (17-8) and girls (21-4) water polo teams competed in their district final games on Friday at the Winter Park pool. The girls battled the Timber Creek Wolves (9-5), while the boys faced the Colonial Grenadiers (5-3).

During the girls game, junior Olivia Sparkman kicked it off with a defensive play and the team’s first goal of the night, 1-0. Shortly after, senior Abigail Smith took a shot from a wet pass and scored 2-0. Throughout the first quarter, the Lady Braves kept a consistent balance between offensive and defensive plays. Senior goalie Chloe Conyers blocked the Wolves’ shots every time the ball reached the goal and the quarter ended 3-0.

In the second quarter, Conyers blocked another goal and Sparkman followed with two consecutive goals, which brought the score to 5-0. Later in the quarter, senior Grace McGee took a successful backhand shot, 7-0. The Wolves scored once, but junior River Hastings finished the quarter with an inside water shot, 10-1.

While the team lost the third-quarter swim-off, Conyers blocked a goal as soon the clock began. After back and forth offensive plays between teams, the quarter ended 13-3, with assistance from McGee and Sparkman.

In the fourth quarter, junior Caroline Wenzel scored from a dry pass, bumping the score 14-4. With 15 seconds left in the game, freshman Sydney Mastrangelo blocked a shot and the Lady Braves won 15-4.

The boys game began with strong defensive plays. Senior Chase Herron scored a goal, 2-0 and followed it with a backhand shot, 3-0. With the clock winding down, junior Ethan Mortensen blocked a shot and the quarter ended 3-1.

Starting the second quarter, the boys won the swim off, gaining possession of the ball. Mortensen made a goal from a wet pass and the quarter ended 5-2.

With strong defensive plays and a goal from Herron in the fourth quarter, the boys beat Colonial 10-6.