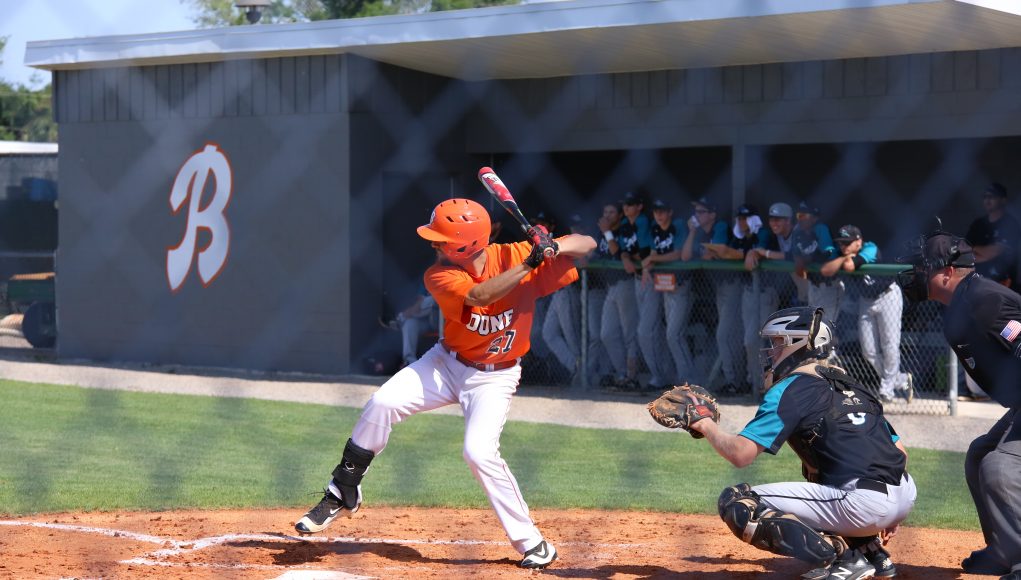 In a regional quarterfinal game, the baseball team defeated Olympia 3-0. The team will now advance to the regional semifinal game on Tuesday.

For six intense innings, the Titans and the Braves were tied 0-0. The team showed their strengths, not allowing any runs from the Titans. In the sixth inning, junior Edgar Alvarez made a double, allowing junior Miguel Larreal to score.

Sophomore Marcus Valle made a triple while senior Austin Coble ran to make a score. At the end of the sixth inning, the team was ahead 3-0.

The Titans played smart, not allowing any runs for the first six innings.However, the Braves were able to make three runs.

Neither team scored in the seventh inning.

The team will be play Dr. Phillips on Tuesday at 4 p.m. on the Reservation.