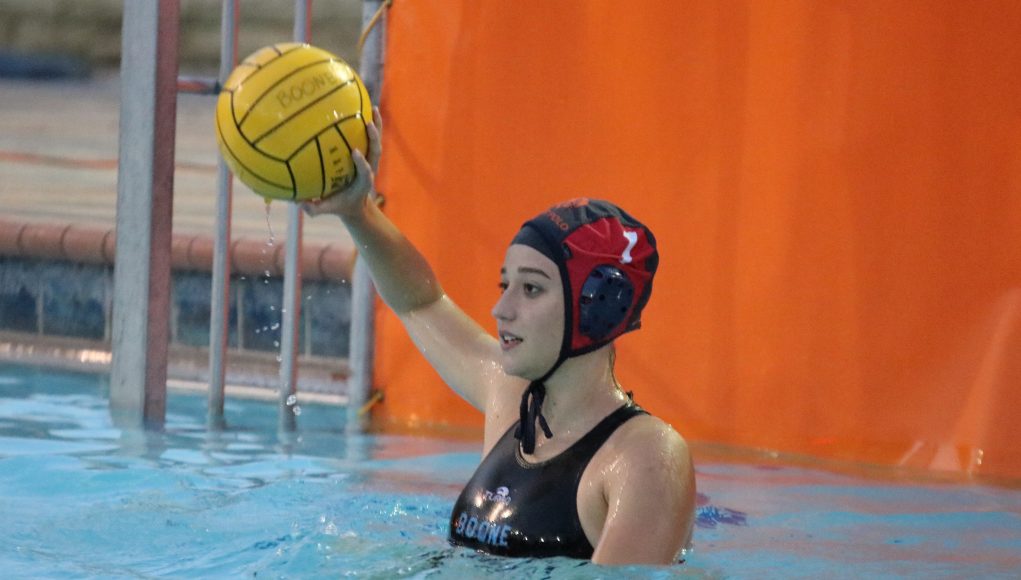 At the beginning of the first quarter, Boone took a quick lead after freshmen Marlie Hayes and Miruna Anica both scored. Colonial scored soon after, but their momentum was immediately taken away when senior Holly Arquette scored, ending the first quarter with Boone leading 3-1.

With no substitutions available, the Grenadiers continued to fall behind in the second quarter. This advantage allowed junior Sarah Blem to score twice. By halftime, Boone dominated with a score of 9-1.

The Braves continued to have the upper hand in the second half. Freshman Faith Quails and sophomore Savannah Villegas played man-to-man defense helping teammates junior L’Wren Johnson and Hayes bring the score to 13-1 at the end of the third quarter.

The Grenadiers continued to battle. In the end, however, the Lady Braves defended the Reservation. The game ended with a goal by sophomore Olivia Caperton, her first goal of the season. The girls beat Colonial with the final score of 17-1.

The Lady Braves take on Ocoee High School at Farnsworth Pool on tonight at 6 p.m.