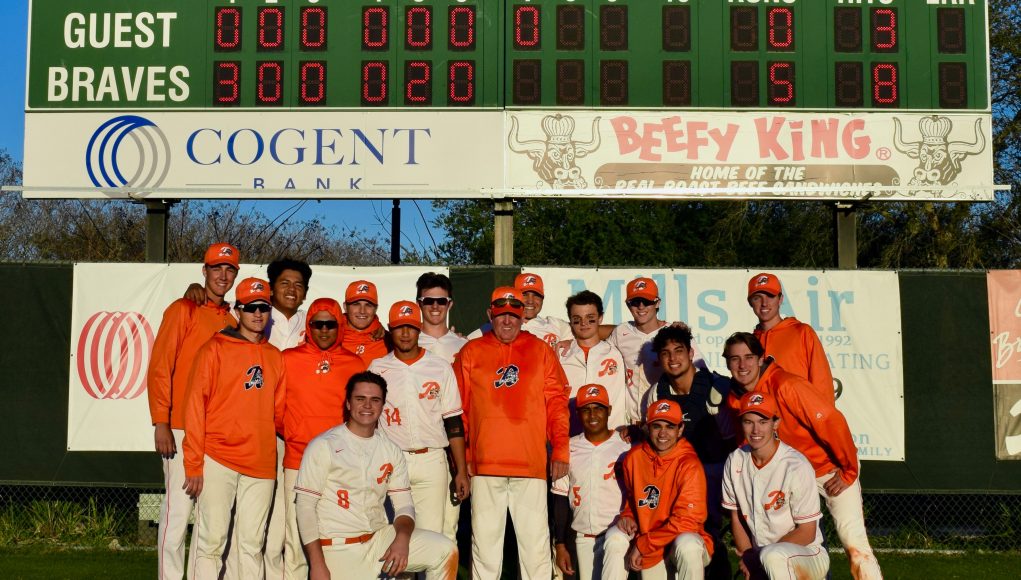 The baseball team (2-3) defeated the Freedom Patriots (1-3) on Wednesday. This 5-0 win notches Coach Pete Post his 500th career win as a head coach.

Neither team was able to place more runs on the board as the second inning came to an end with no runners left on base for Boone.

Strong fielding allowed Boone to keep Freedom from scoring in the top of the fourth. Senior Clayton Powell hit a single to start the fourth. At the end of the fourth inning Boone still led with 3-0.

Larreal caught a pop fly to quickly end the top of the fifth inning. Junior Luis Marrero started the bottom of the fifth with a single. Larreal then reached first to advance Marrero to second. With no outs and two runners on base, the Freedom pitcher walks Alvarez for bases loaded and no outs. Barati then hit a ground ball to short stop and the Patriots turned a double play while Marrero scored from third, 4-0. Senior Paul Coutinho then hit a single bringing in Larreal, advancing the Boone lead, 5-0.

Boone once again held Freedom from scoring in the top of the 6th. No further runs occurred despite getting runners on base again.

At the top of the seventh, Boone brought in a new pitcher, senior Evan Nursey. Freedom was unable to score, securing Boone’s district win.