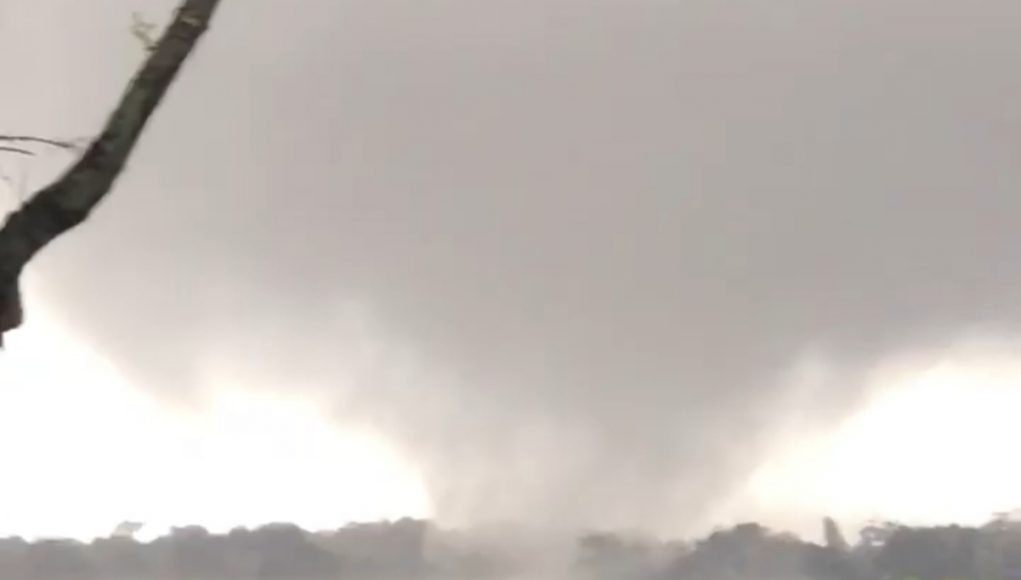 Due to Tropical Storm Cristobol, Orlando residents were receiving heavy rain caused by the outskirts of the storm. Tornado warnings were sent out to residents alerting them of the upcoming possible severe weather.

“I wasn’t really scared. We’ve had alerts like this for tornados before, but we’ve never had actual damage from one before,” rising senior Evan Hawk said.

According to Fox 35 Orlando, “the tornado left 40 people displaced and almost a $1 million worth of damage.”

“All I saw was this huge mess of tree branches and swirling clouds go over the house. There was this weird blue lightning that kept hitting as well. When I first saw it I was just so mesmerized by the fact that it went right over the top of us, ” rising senior William Searl said.

The National Weather Service confirmed and classified the tornado as an EF-1 tornado on the Enhanced Fujita scale. To become an EF-1, the tornado needs a wind speed between 86 to 110 MPH. This is considered to be moderate on the scale.

“At first I was trying to look out the window and get a close look but then I noticed it was literally in the backyard and ran to the middle of the house,” Searl said.

No injuries were reported.

The Red Cross has pledged to help families that are affected by the tornado. They are supposed to go to the Red Cross located on 5 N. Bumby Ave. to receive help.