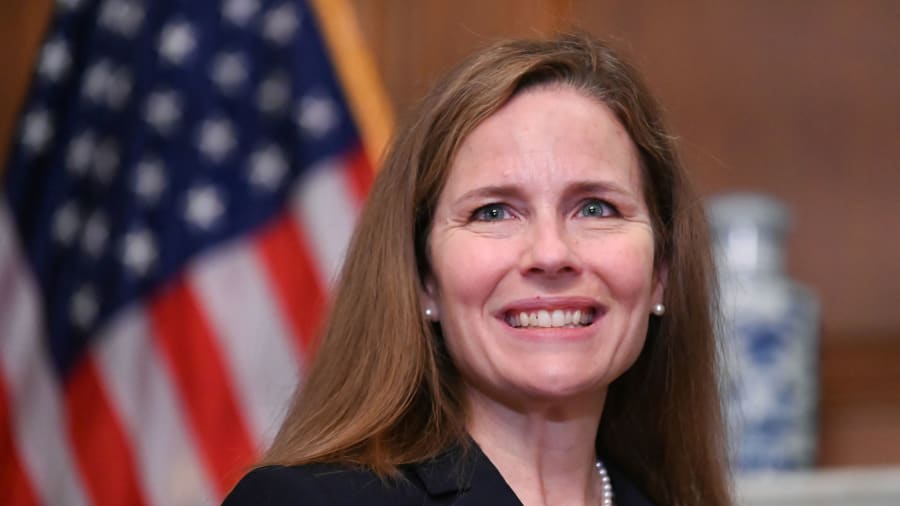 The Senate confirmed Justice Amy Coney Barrett into the Supreme Court on Oct. 26, just days before a close election between President Donald Trump and former Vice President Joe Biden. Barrett won the vote 52-48, with all of her votes coming from the Republican party. Justice Barrett does not represent the American people and should not have been placed in the court so quickly.

Justice Barrett was rushed into the court just eight days before the Presidential election. She was elected by President Trump, who lost the popular vote in 2016 and was impeached in Dec. 2019 yet acquitted in February. The President wanted to get another conservative on the court as quickly as possible before election results came in.

In March 2016, President Obama nominated Merrick Garland for the Supreme Court. Senate Majority Leader Mitch McConnell denied a hearing for Garland, noting it was too close to an election. The election would not arrive for about another eight months. Despite denying a hearing in 2016, McConnell allowed for Justice Barrett’s hearing to take place about a month before the 2020 election.

The majority Republican senate voted for Justice Barrett. The Washington Post noted that she is the first nominee in 150 years to get all of her votes from a singular party. Justice Barrett clearly does not represent the Democratic citizens of the United States. Even Sen. Joe Manchin III (D-W.Va.) did not vote for the justice. Despite belonging to the Democratic party, he voted for President Trump’s past two nominees, Justice Neil Gorsuch and Justice Brett Kavanaugh.

By joining the Supreme Court, Justice Barrett made the court a 6-3 conservative majority. This makes it difficult for liberal and progressive cases to pass. The court is scheduled to rule if the Affordable Care Act is constitutional on Nov. 10. Many conservatives do not approve of this case and it has a chance of being deemed unconstitutional.

By joining the Supreme Court, Justice Barrett also makes the court a 6-3 Catholic majority. This could lead to an unfair separation of church and state. There is a possibility that cases such as Roe v. Wade will overturn due to the court member’s religious beliefs. One’s religion should not dictate the Supreme Court.

Overall, Justice Amy Coney Barrett has not earned her place on the Supreme Court. She lacks experience and the support of the American people. By joining the Supreme Court, she’s helping create a federal government almost entirely ruled by conservatives. There is little room in the federal government for liberal and progressive ideas except in the House of Representatives. A nomination should not have happened until after the election.