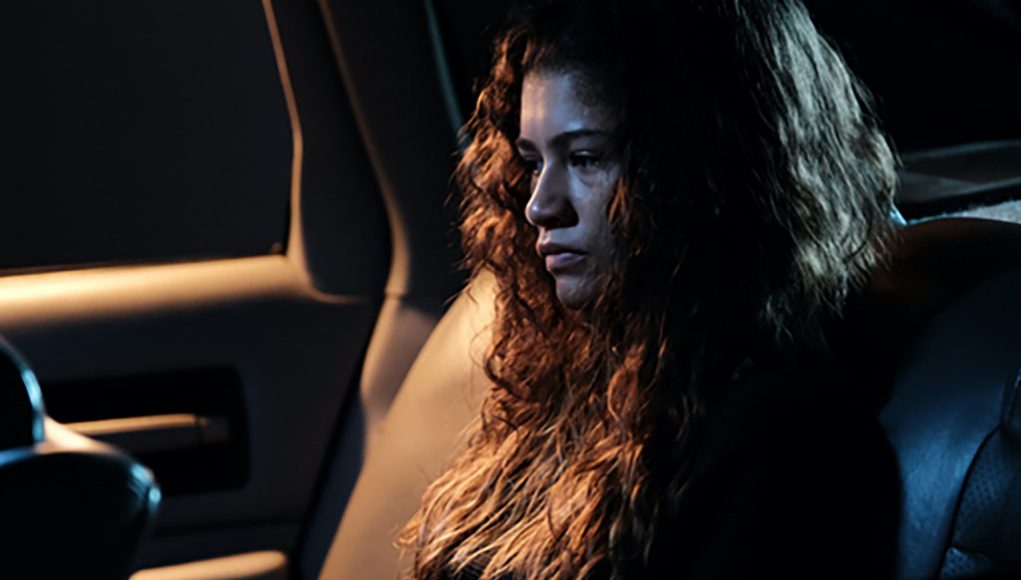 The following contains spoilers for Euphoria.

Euphoria season two aired its finale to HBO and HBOMax on Feb. 27. Sam Levinson returned to write and direct. Other than Algee Smith, the main cast also returned.

The second season fails to keep up with the pace of the first. The first season balanced multiple storylines that connected and felt interesting. However, season two stretches out a couple of unrelated storylines for eight episodes.

The season started out promising. Taking place at a New Year’s party, the first episode takes it slow. Each character gets a moment to set up their arc for the season. The slow pace unsuccessfully continues throughout the season.

The main plotline sees Rue (Zendaya) relapse on drugs and befriend Elliot (Dominic Fike). She lies to Jules (Hunter Schafer) about her sobriety, and the two get back together after breaking up at the end of the previous season.

Rue’s sobriety is the heart of the show. Levinson puts the most care into her character since she is based on himself.

Throughout the season, Rue does increasingly terrible things to the people around her. As Rue does more drugs, she not only lies to the people closest to her, but she also distances herself from them by saying things she knows will hurt them.

In one episode, Rue’s sponsor Ali (Colman Domingo) tries to confront Rue about relapsing. To push him away, Rue brings up the time Ali hit his ex-wife. Ali confided in Rue about this in special episode released in December 2020.

Toward the end of the season, Rue gets clean and begins to make amends with the people she hurt. She also officially breaks up with Jules to focus on her sobriety.

Levinson fumbles the ball with his other female characters this season. Almost all of their plotlines revolve around men.

Jules’ plotline is particularly frustrating. In January 2021, a special episode following a therapy session with Jules was released. This episode established how Jules is no longer interested in men. Jules decides to stop dressing for men and be more open to her female friendships and relationships.

This season abandons that concept. Jules becomes jealous of Rue’s relationship with Elliot and eventually cheats on Rue with him. She has no other plotlines. Jules was a main character in the first season, always having something to do. It is disappointing to see her reduced to a love triangle with a man after the growth she has already gone through.

Another group of characters become reduced to a love triangle. At the New Year’s party, Cassie (Sydney Sweeny) and Nate (Jacob Elordi) start seeing each other despite Nate being the ex-boyfriend of Cassie’s best friend Maddie (Alexa Demie).

The love triangle completely destroys Cassie’s character. While she has a history of centering her life around men’s opinions of her, this season takes it to another level.

Cassie allows Nate to take up her entire life. She loses her entire personality and becomes a clone of Maddie in order to impress Nate.

Levinson completely ignores the growth and trauma she went through in the previous season. Cassie had an abortion at the end of season one. Levinson could have utilized this to show how it would affect her relationship with men going forward. However, there is no mention of the abortion or anything she went through in season two.

On the other end of the love triangle, Maddie’s character is left with nothing to do. She spends multiple episodes talking about wanting to get back together with Nate, without actually doing anything. She also babysits for a rich family but nothing comes from this.

Kat (Barbie Ferreira) also has nothing to do other than date Ethan (Austin Abrams) and then break up with him. That is her entire plotline for the season.

Everything that was interesting about her is abandoned this season. While it is an interesting concept for her to feel unworthy of love, Levinson does nothing with it. Kat talks to her friends about wanting to break up with Ethan for five episodes, and breaks up with him in episode six. That is the end of Kat’s story.

Despite ruining the majority of plotlines, Levinson includes a few storylines that feel purposeful.

The first involves Nate’s dad, Cal (Eric Dane). Cal struggles to maintain his relationship with his family while hiding the fact that he is gay.

Episode three reveals Cal’s backstory. As a teenager, Cal was in love with his best friend, Derek. The morning after the two admitted their love for each other, Cal’s girlfriend found out she was pregnant.

Another storyline follows Lexi (Maude Apatow) as she befriends Fez (Angus Cloud) this season. The two bring out each other’s positive characteristics. Lexi brings out Fez’s softer side and Fez encourages Lexi to be more bold.

After years of writing a play, Fez helps Lexi decide to put it on. Lexi bases the play off of the lives of Euphoria’s main characters. She worries about upsetting her friends.

Lexi has remained in the background of the series. The play shows not only the audience but the other characters in the show how Lexi fits into the series. Lexi shows her perspective of the show’s events and how she views each character.

The last storyline is about Fez. In the season one finale, Fez’s younger brother Ashtray (Javon Walton) killed a drug dealer. Fez and Ashtray spend the season trying to lay low and avoid the police.

The finale cuts between the play and Fez’s house. Fez gets ready to attend the play but is interrupted by the police storming his home. When the police storm their home, Ashtray shoots at the police, leading to his own death.

Cutting between the action packed raid of Fez’s home and the emotional scenes in Lexi’s play, wraps up the season in an entertaining way. Ending the finale with two of the strongest plotlines was a good choice on Levinson’s part. Even though most of the season was subpar, the finale went out with a bang.

The cinematography changed for the better in season two. Levinson uses a new style to make the season more humble and less flashy. The change in style accurately reflects the new approach to the show and characters.

The first season used lots of purples, blues and pinks to light up scenes, and characters often wore lots of glitter. The new season takes a warmer approach. Shot on film, the season has warmer colors like yellow to light scenes. Characters also dress more neutrally.

Overall, season two of Euphoria has few redeeming aspects. After an action packed and emotional first season, the second season reduces characters to one or two qualities, and drags out useless plotlines. The show was better off as a one season event.