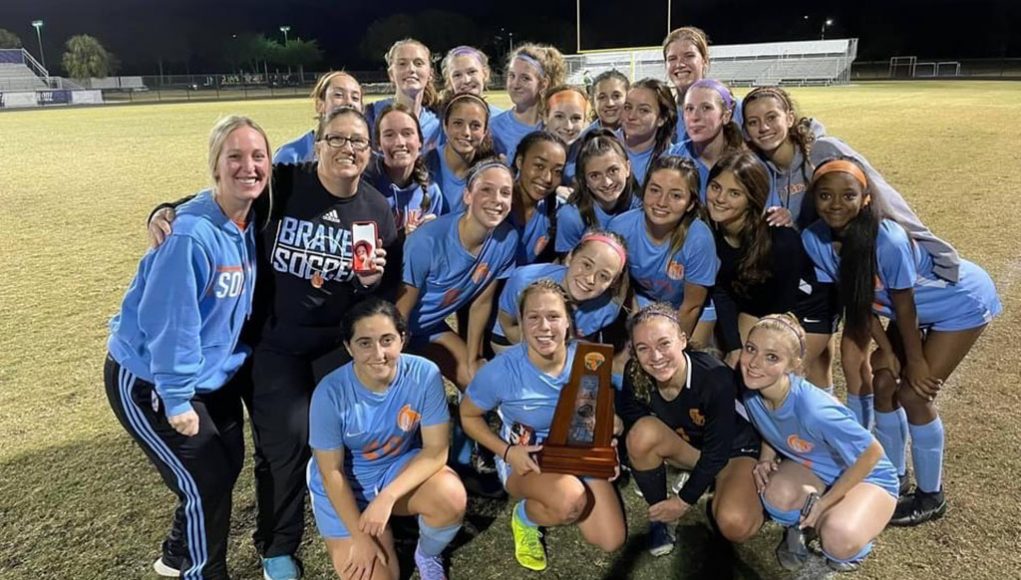 The boys soccer team took on Timber Creek on Feb. 2 for the district final game.

The Braves took home the district championship title with a 1-0 win. In the 17th minute of the first half, junior Victor Loko made a cross inside the box where both teams were fighting for the ball. At the end, sophomore Ezekiel Rivero made contact with the ball and put it in the back of the net to score the sole goal of the game. The Braves kept the Wolves from scoring in the second half, securing a win. Senior Hayden Hewett contributed three key saves.

The team plays in the regional game next week, but date and time have not been announced.

The team plays in the regional competition next week.