Home Features Last show in theater will commemorate the past 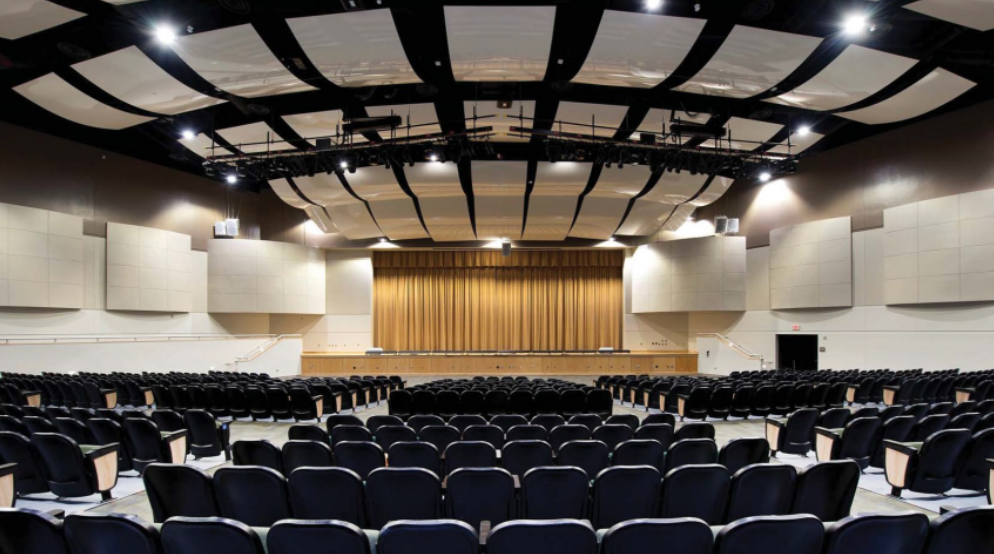 In the past few years, the theater department underwent massive changes- from changing directors to growing the thespian troupe fivefold. Now, the theater itself will finally get an upgrade.

Over the last 64 years, the theater housed countless memories and became a home away from home for those involved. Between the hours spent perfecting their scenes and the bonds formed between theatre students, the building became tied to feelings of acceptance and comfort.

“I’ve come back to Boone before just to be in the theater. There have even been times when I would sit in that little outside cove after school, and going back I can still get the same peace I did when I used it as my little escape moments,“ Alexander Britton said.

Britton became President of Troupe 1139 two years ago, as a senior. Throughout his time at Boone, there were three different directors. Each director came with their own traditions and touches, so Britton expects the department can withstand the change of scenery with ease. New traditions and experiences will be incorporated just as they have before.

“Our spirit is within each other,” junior Julia Hammond said. “As long as we stick close and remember the good memories that we had, we will continue to succeed. With the changes to come, and the advantages an updated theatre has, we can only get better.”

Updating the theater will further the quality of productions. In its current state, the theater building houses more than just irreplaceable memories. Members of the department recall numerous incidents of rats and bats inhibiting rehearsals, and the electrical systems were reported to be less than adequate.

In the entirety of the theater’s existence the systems within were not replaced, merely repaired. The 60 year old air conditioner often could not combat the heat from the people within. One reviewer, on Boone Theater’s Facebook page, even noted that despite the quality of the show, ”A/C is the worst! [The] room was Africa hot.”

Demolition of the existing theater to make way for new construction is slated to begin in June 2018, though the construction will not be complete until June of 2019. In the meantime, students will relocate to various locations for both class and rehearsals.

This weekend, the final production in the theater, Anything Goes, will commemorate the past traditions and students. Notably, the revival of a well-known tradition: the pre-show dinner for VIP ticket holders. While tickets are available both online and at the door, those interested are encouraged to purchase seats ahead of time to ensure the best seating.

As the curtains close, Boone Theater alumni will receive special pins and recognition for their dedication and success during their time with the program. Their legacy in Troupe 1139 comes to a close, but the construction of a brand-new theater paves the way to new experiences and traditions of current thespians and those yet to come.