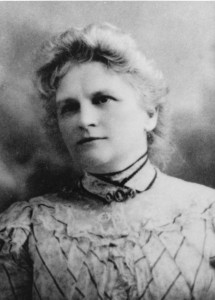 Katherine O’Flaherty Chopin was born on February 8, 1851, in St. Louis, Missouri. The O’Flahertys were a wealthy, Catholic family. Her father founded the Pacific Railroad, but he died when Kate was four. Kate and her siblings were raised by their mother, grandmother, and great-grandmother. These women proved to be strong role models. They encouraged Kate’s love of reading and storytelling. Kate was an average student at the convent school she attended. After her graduation, she became one of the belles of fashionable St. Louis society. She met Oscar Chopin, a wealthy cotton factor, married him after knowing him a year, and moved to New Orleans.

Oscar Chopin’s circle was the tight-knit French Creole community. Kate led a demanding social and domestic life because of her status. Unusually for the time, her husband was supportive of her independence and intelligence, and her storytelling gifts and her knowledge of French, English, and Creole made her a keen observer of  the local culture. She had much to draw from. Her husband’s business gave him prominence in the Creole community, and New Orleans was a city full of diversions, including horse racing, theater, music (Kate was an accomplished pianist herself), and, of course, Mardi Gras. 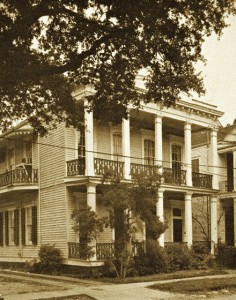 The Chopins lived in three different houses in New Orleans; this one on Louisiana Avenue was the last. Like many wealthy families, they traveled by boat out of the city to one of the many small Gulf islands to vacation during the summer months. All of these experiences feature in Chopin’s stories and novels.

Oscar’s business failed in 1879. The family moved to their plantation in Natchitoches Parish near the small town of Cloutierville, which strengthened Kate’s connection to the Creole community and gave her more material to draw from. Malaria claimed Oscar’s life in 1880 at the age of 31. Kate moved back to St. Louis with their six children to draw support from her family and place the children in better schools than Cloutierville could provide. The loss of her mother a short time later added to her grief. A family physician suggested writing as an outlet, and Chopin’s literary career was born.

Chopin published her first story in the St. Louis Dispatch. Soon after, her first novel, At Fault, was published privately. Her prolific output over the next fifteen years includes nearly a hundred short stories for adults and children alike. The most famous of these, like “A No-Account Creole,” “Desirée’s Baby,” “The Story of an Hour,” and “A Pair of Silk Stockings” are set in the Creole community and explore its traditions and expectations, especially of the women concerned. Her story collections Bayou Folk and A Night in Acadie were nearly universally praised.

The publication of The Awakening in 1899, however, was a different story. Through its heroine, Edna Pontellier, The Awakening gave Chopin’s themes of independence, art, and possibility free rein. Edna’s decisions go against the expectations for women of the time. A few critics praised the novel’s artistry, but most were very negative, calling the book “morbid,” “unpleasant,” “unhealthy,” “sordid,” “poison.” Novelist Willa Cather labeled it trite and sordid. The overall view was that Edna’s decisions, which modern audiences view quite differently, as scandalous and unfeminine. Chopin was ostracized as a result. Her third story collection was refused by its publisher. The Awakening was removed from libraries for its scandalous content. Chopin herself never got over it; her writing output slowed to the point of cessation. Chopin bought a season ticket to the 1904 World’s Fair in St. Louis and visited on August 20, an unusually hot day. She took to her bed complaining of a severe headache that evening and lapsed into unconsciousness. Two days later, Chopin died, probably from a brain hemorrhage. 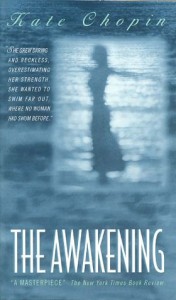 In 1969 Norwegian critic Per Seyersted wrote that Kate Chopin “broke new ground in American literature. She was the first woman writer in her country to accept passion as a legitimate subject for serious, outspoken fiction. Revolting against tradition and authority; with a daring which we can hardy fathom today; with an uncompromising honesty and no trace of sensationalism, she undertook to give the unsparing truth about woman’s submerged life. She was something of a pioneer in the amoral treatment of sexuality, of divorce, and of woman’s urge for an existential authenticity. She is in many respects a modern writer, particularly in her awareness of the complexities of truth and the complications of freedom.”

Chopin did not consider herself a feminist, but her themes of independence and women’s self-realization are stirrings of a movement that would resound throughout the twentieth century. She is now considered one of the essential authors of American literature.

Includes material from the Biography page of the Kate Chopin International Society.