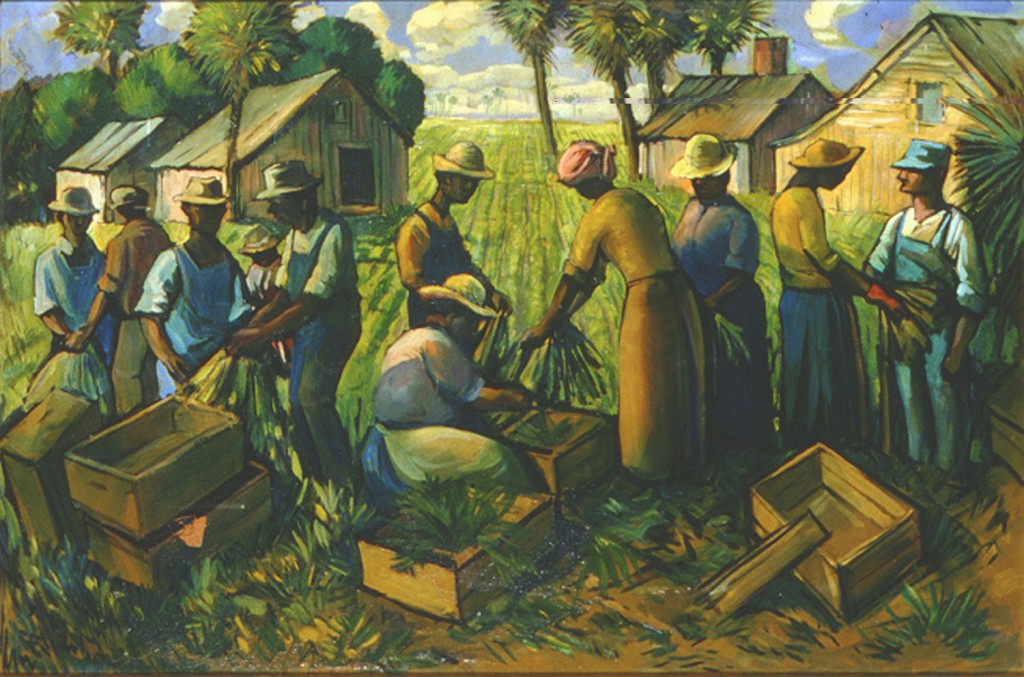 Hurston’s novel embodies the philosophy of visual thinking as the narrator says: “There is a basin in the mind where words float around on thought and thought on sound and sight. Then there is a depth of thought untouched by words, and deeper still a gulf of formless feelings untouched by thought.”

As old Nanny sits rocking Janie in the second chapter, “Mind pictures brought feelings, and feelings dragged out dramas from the hollows of her heart.”  Using construction paper, printed images, colored pencils, or whatever other art supplies you choose, you will visually organize the plot, the literary techniques, and the character changes Janie undergoes. By developing this foldable, we can trace the changes in Janie through the four phases of her life.

Begin with a sheet of 11×17 paper. Fold the paper in half, then fold each edge into the center. Crease along the center to form a booklet. While the paper is still folded into a booklet, print the title, and author’s name, and your name on the outside to make a cover. You may decorate this how you choose.

Their Eyes Were Watching God is a frame story, with the beginning and end chapters consisting of Janie’s return to Eatonville and her conversation with Pheoby which frame the flashback segments making up the middle part of the book. Opening the booklet will reveal the opening and closing parts of the frame.

LEFT FLAP: Write about the opening chapter where Janie walks down the street, ignoring the porch sitters as she returns to Eatonville and begins to tell her story to Pheoby. What is your initial impression of Janie? Use illustrations or quotations to explain your perception.

RIGHT FLAP: On the right flap, write about the closing chapter. Janie finishes her conversation with Pheoby, who is amazed by Janie’s transformation. Using illustrations and quotations from Chapter 20, show us how Janie—and your perception of her—has changed.

CENTER SECTIONS: Folding back the flaps will reveal the center, which is creased into four sections. In this novel, Janie journeys through four stages of life in her quest for respect, independence, and wholeness. Each of the four sections of the foldable represents one of those stages. Her life is controlled by others in the first three stages, first her grandmother (Nanny), then Logan Killicks, and Joe (Jody) Starks. After Jody’s death, she is able to make her own decisions leading to her relationship to Tea Cake, and she begins to celebrate her own worth and independence. You will illustrate and explain the stages of her journey, helping you draw conclusions about her character development.

Your project will be graded on its completeness, attention to detail, evidence of thoughtful interpretation, and presentation. This isn’t an art class, so the quality of your art (i.e. hand-drawn vs. pasted images) isn’t the issue, but everyone is expected to submit a neat and professional-looking project.