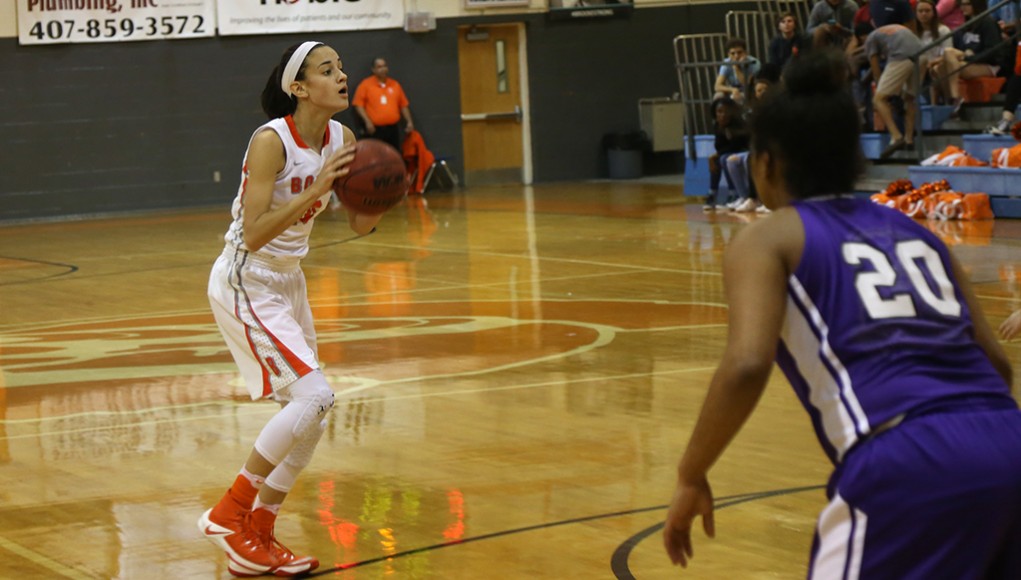 In a girls basketball rematch between the Boone Braves (19-7) and the Timber Creek Wolves (11-12), the Lady Braves played for a berth to the district finals.

In the first quarter, freshman Madeline Morales got the offense started with a series of quick layups, one of those coming off of a steal. Some quick and efficient interior play from the team as a whole got the Lady Braves off to a fantastic start as they led the Wolves 14-3 at the end of the first quarter.

However, Timber Creek wasn’t out for long, as they battled back in the second quarter taking advantage of several Boone fouls and converting on several free throws cutting the Braves lead to 18-16 with a couple of minutes remaining in the half. The Braves gained some momentum at the end of the first half, though, with sophomore Alexandria Lemon and Morales making back to back layups to give the Lady Braves a 22-17 lead.

Morales scored four quick points early in the third quarter, highlighting a 6-0 run to start the half, as the team picked off right where they left off. After that quick start, the offense continued to wear down Timber Creek, drawing free throws and making short field goals. At the end of the third quarter, the Braves led, 35-25.

The offense rode their high momentum and rolled through the fourth quarter, as they put up 17 points in the quarter against the Wolves’ four. The crowd started to get into it as well, as senior Angeni Worley made a 3-point trip, scoring a layup and making the subsequent free throw. Junior Brittney Smith led the offense, dominating the inside paint with several layups throughout the quarter.

Completely dominating the second half, the Braves walked off the court with a 52-29 victory and a chance to play for the district title.

Key offensive performances from Smith, Morales and Worley led the team to a playoff victory.

Come out and support the Lady Braves basketball team as they play the Colonial Grenadiers in the district championship this Friday, Feb. 3, at 7 p.m. on the Reservation.