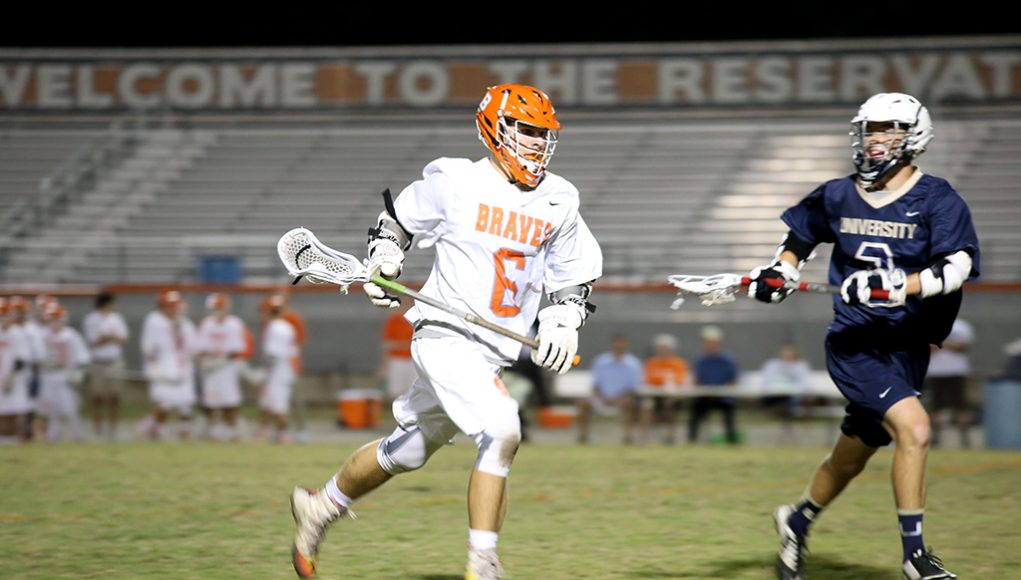 In the first minutes of the game the team took on their competition with ease.  After an easy start, senior Davis Pittenger gave the Braves the first score of the night with a 1-0 lead. Shortly after, sophomore Aaron Bullock carried the ball downfield and scored a goal, putting the team up, 2-0.

In the second quarter, the team showcased their skills around the field. Several key highlights of the quarter came from Pittenger who broke up the field with the assist from junior Colin Kelly. Junior Jaiden Corrente brought in some heat as well, getting past defense and scoring multiple goals. After some back and forth play from both teams at the end of the second quarter, the Braves led 11-1 at half.

The  fourth quarter was easier for the Braves as they continued to add to their double digit lead against the Cougars. Kelly came in to end the game and scored one last goal to cap off the game.

The team took home a 16-5 win over University after dominating play for both halves.

Come out and support the Braves lacrosse team where they travel to face the Timber Creek Wolves on Thursday, Feb. 23, at 7:30 p.m.