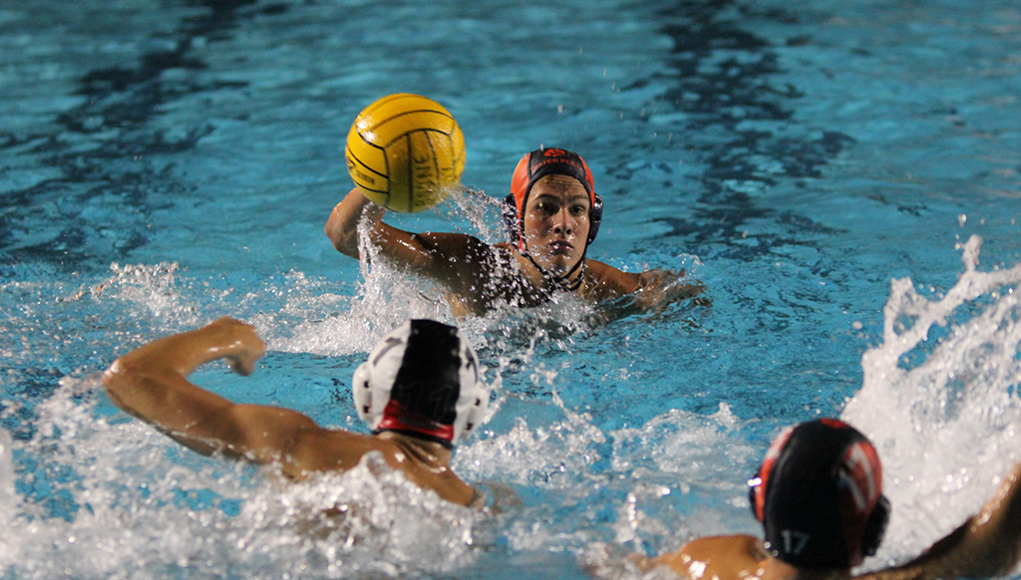 Despite the cancellation of the Lady Braves water polo game against Colonial, the Braves entered the district tournament strong, overwhelming Colonial 21-10.

The Braves took an early lead with senior Samuel Gentry Mickelson scoring in the first 30 seconds. Senior Thomas Moore and sophomore Ethan Mortensen quickly followed suit, each scoring a goal of their own. Colonial tried to counter, but their shot went wide. Moore responded with another goal. Junior Chase Herron missed his first shot, but recovered and scored on his second. Sophomore Robert Duckworth scored soon after. Colonial also scored, making their way onto the scoreboard. However, goalkeeper Micah Kinney, senior, denied their next shot. Gentry Mickelson scored again. Herron tried to end the first quarter with another goal, but the Colonial goalkeeper blocked it. The scoreboard read 7-1.

Entering the second quarter, sophomore Diego Hernandez shot from the half-line but the Colonial keeper stopped it. Colonial scored on the counterattack. Goalkeeper Ivan Mihanovic, freshman, stopped their next shot, but the following one hit the net. Mortensen countered with a goal. Mihanovic dived but the next Colonial shot breezed past his fingers. At the end of the quarter, Mihanovic made another save to keep the score 8-4.

Senior Ryan Paule immediately got back to work, shooting from the back, but his shot hit the post. A Colonial Grenadier scored off Kinney’s attempt to save the ball, deflecting off his arm. Refusing to let them get close on the scoreboard, Moore, Gentry Mickelson, Mortensen and Paule scored back-to-back-to-back-to-back. Kinney denied Colonial two goals. Mortensen scored again, and set Gentry Mickelson up for another goal of his own. Kinney made another save. The Grenadiers tried to score again but the ball hit the post. Gentry Mickelson scored on the counterattack. A Grenadier got a shot past Kinney on a one-on-one attack. Kinney made the next save though, ending the quarter 15-6.